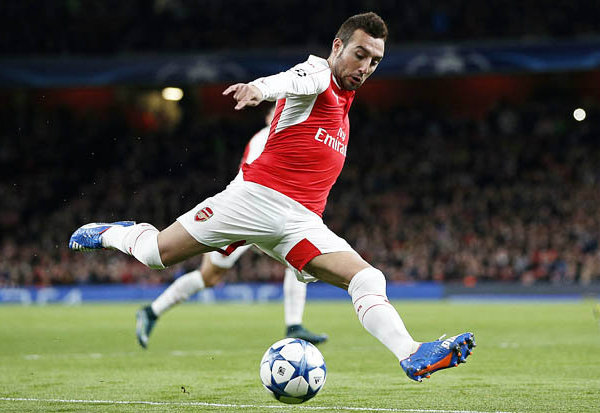 Arsenal have been handed a massive boost ahead of weekend’s clash with Manchester City.

Santi Cazorla has declared himself fully fit and will be available for selection after he resumed full training last month.

Cazorla has been out injured for over five months after suffering from a knee ligament damage in November.

The Spaniard was expected to return back in action in February but was delayed after he suffered an Achilles injury in training.

However, Cazorla made his first appearance for Arsenal in 2016 when the under 21 side took on Blackburn Rovers which saw the 31-year-old grab and assist.

Speaking with Arsenal official website; the talented midfielder confirmed he will be available for weekend’s game.

“I’m very happy to be back. It is a great feeling after five months. I need to keep up the hard work with my team-mates in the first team and I want to play the last two games.

“I would like to help the first team at the weekend against Manchester City. [Arsène Wenger] has the decision, but I will try to play at the weekend. We need to win the last two games as we want to finish in the top four.

“We need to fight until the end to try to get second place. If we win the last two games, we can do that. I want to help my team-mates.”

This news comes as a boost for the Gunners as they set to fight for the third position in the Premier League.