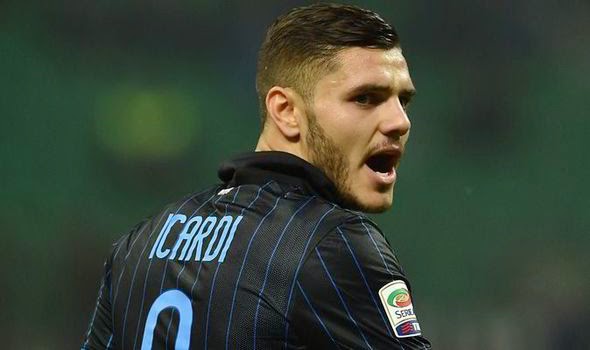 Arsene Wenger is on the look-out for top quality player after another disappointing season losing out from all competition.

The Mirror are reporting Arsenal are eyeing a move for Inter Milan striker Mauro Icardi.

Arsene Wenger’s decision not to recruit another striker during the January transfer window seems like one that could very well come back to haunt him. No one recognises this more than the gaffer himself who is already putting plans in place to land a top forward come the end of the season.

With past interest in Karim Benzema and Pierre Emerick-Aubameyang yielding nothing, it has now been reported that Wenger has turned his attentions to this Argentine international Mauro Icardi.

The no 9 star has been dubbed for big things in his football career has largely been outshone by strike partner Stefan Jovetic this season having been at odds with Roberto Mancini style of play.

The Gunner’s are reportedly interested in signing a striker next summer and have been linked with a number of top strikers across Europe.