According to reports making the round, Arsenal target Granit Xhaka has finally put pen to paper to sign for Arsenal after agreeing to personal terms.

This news was confirmed by respected Journalist Artan Muhaxhiri who is reportedly a close friend of Xhaka confirmed Xhaka will soon be flying to confirm his £34million move to Arsenal.

Muhaxhiri took to his facebook to announce “LATEST NEWS: It was confirmed today that Granit Xhaka will go to London to finalise the deal with Arsenal FC! Granit Congratulations!”

Muhaxhiri’s further backed his relationship with the 23-year-old by posting a photo on his facebook showing an informal dinner with the Swiss international. 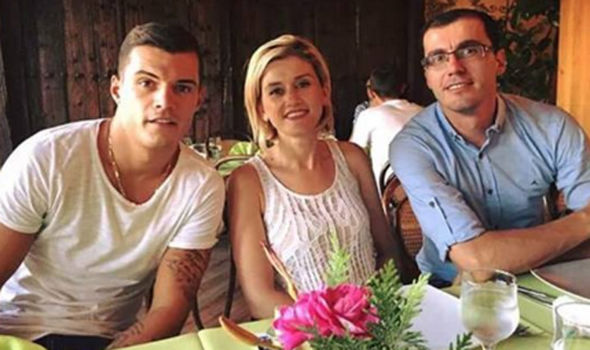