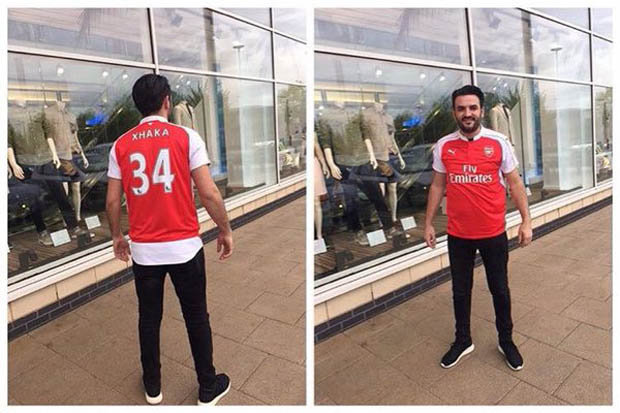 Arsenal target Borussia Monchengladbach has given millions of fans that his move to Arsenal is already a done deal.

The Swiss midfielder took to his Instagram social media account to given an encrypted message to say goodbye to his fellow players and coach during his final Bundesliga game last weekend.

Fresh reports have emerged with Xhaka confirming he is on his way to Arsenal to seal a £33m move as he liked an image on Instagram of an Arsenal fan in a Xhaka 34 shirt with the caption: “Welcome my bro”.

Arsene Wenger who has come under serious pressure from fans to sign players in summer could finally Announce a deal for the 23-year-old by next month.