Arsenal have been heavily linked with a move for Borussia Dortmund star Henrikh Mkhitaryan this summer and his sister has dropped a heavy hint that her brother will be playing for Arsenal.

Mkhitaryan sister followed the Arsenal on LinkedIn amid her brother has chosen to sign for the Gunners.

The 27-year-old is out of contract next summer and Dortmund chief Michael Zorc admitted the club will be forced into making a decision over the midfielder’s future this week.

His sister Monika Mkhitaryan works for UEFA and doesn’t follow a single football club on LinkedIn – other than Arsenal. 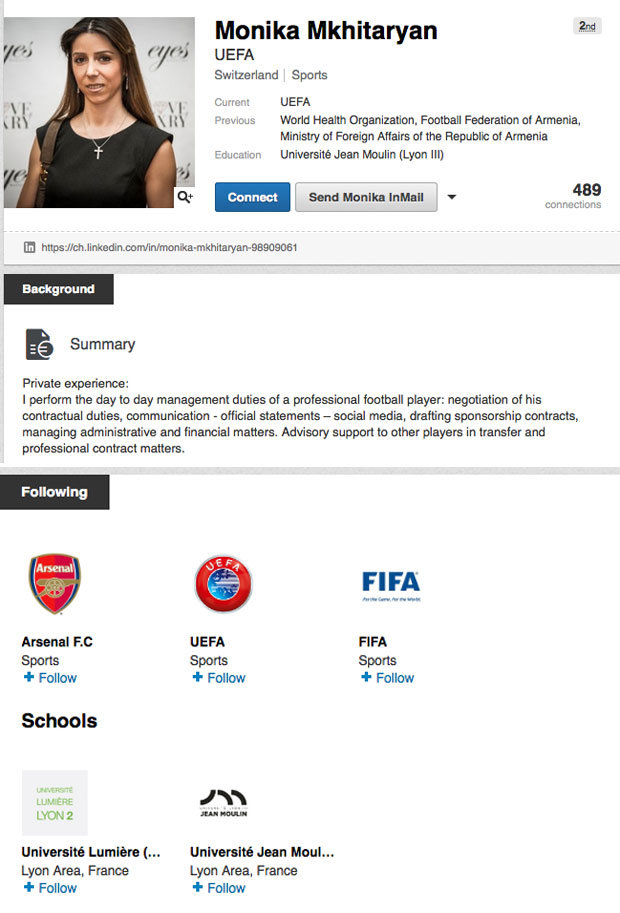