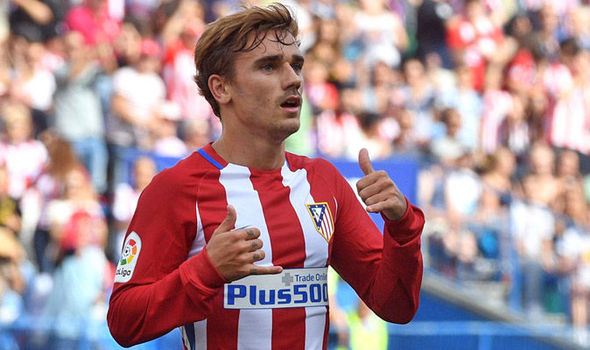 According to reports making the round states Arsenal’s defender Laurent Koscielny has been trying to persuade his fellow international team-mate Antoine Griezmann to sign for Arsenal.

Griezmann was heavily linked with a move to Arsenal in the summer and Arsenal manager Arsene Wenger has revealed he is an admirer of the 25-year-old.

Arsenal will have to act fast as Manchester United are currently keeping tabs on him and are working round the clock to sign him in winter.

“For Arsenal, he [Koscielny] speaks to me about it often,” Griezmann told France Football.

“I have just had a little girl, I play my games, I’m good. Sorry, I’m going to stay. But Arsenal are a good team, they play good football.”

He added: “I’m so good at Atletico. Honestly, I don’t see myself leaving.

“People often talk to me about England too, but I’m good here. And also, going from Atletico to Real must be difficult. I don’t necessarily have the desire to try, nor to ask those who have already done it. No, I’m not thinking about it.”