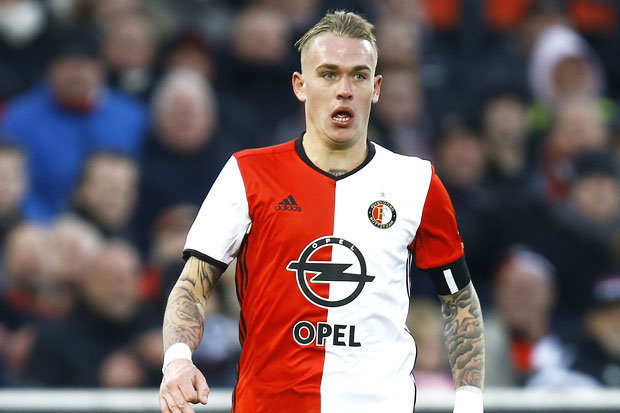 According to a report from the Daily Star, claims Arsenal manager Arsene Wenger has insisted he will not be making a move to sign Feyenoord right-back Rick Karsdorp in the January transfers window.

Earlier this month, the 21-year-old international was heavily linked with a move in joining Arsenal ahead of Manchester United.

Now Fresh reports states Wenger has admitted he is a fan of Karsdorp but has ruled out a winter swoop.

“No, at present we are not looking for defenders, “he said.

“Your information is not quite right.

“Do I know who Rick Karsdorp is?

“Yes, he is definitely a good player, but we now find ourselves not on the transfer market. We are more focused on winning the next game.”

Rumours making the round suggest Wenger will be looking on signing a new right-back as Arsenal are without Mathieu Debuchy through injury and Carl Jenkinson could head out on loan in the transfer window.