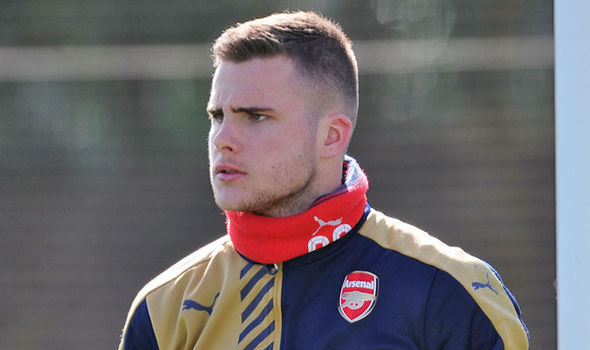 According to reports from the Daily Mail, reports Arsenal are set to activate the release clause of Ryan Huddart who just returned to Arsenal from a loan spell at non-league Eastleigh.

Huddart made 22 appearances for Arsenal last season for both the under-18 and under-21 sides, as well as becoming a regular member of first-team training, learning off the likes of Petr Cech and David Ospina.

The report further claims Arsenal have now activated Huddart release clause this January.and now Eastleigh has now confirmed this: In a statement: “We would like to thank Ryan for his efforts and also Arsenal Football Club for offering us the opportunity to take the highly rated goalkeeper on loan

“We wish Ryan all the best for the rest of his career.”