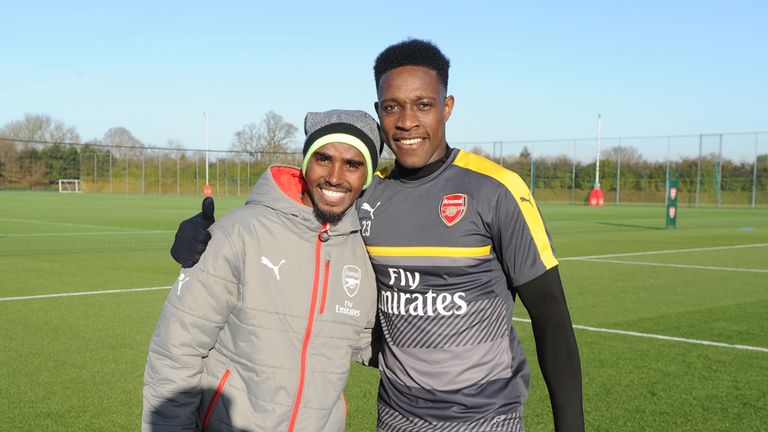 Arsenal could welcome back England international Danny Welbeck who is yet to feature for the Gunners this season due to injury.

Welbeck was spotted at the Gunners training session on Thursday with Arsene Wenger confirming the striker could make a return to action on the day the striker was joined by 33-year-old Sir Mo Farah at training.

The England international has been out since May with a Knee injury and reports suggest he might be in action for the Gunners when we face Preston at Deepdale in the FA Cup third round on Saturday.

Speaking about Welbeck, Wenger : “I haven’t decided yet, but he could be [in line to play at Preston] – it depends on Lucas a little bit, it also depends on how he feels,” said Wenger.

Asked if it is more likely we will see Welbeck on the bench, Wenger added: “Yes, of course. He will not start the game.

“He wants to play. But Danny is as well conscious [of taking his time]. He came back after a long injury and had a setback so he suffered a lot.

“At the moment, I think he listens well to what people advise him to do, even if he is naturally impatient. After you’ve been out for such a long time you do not want a setback.”