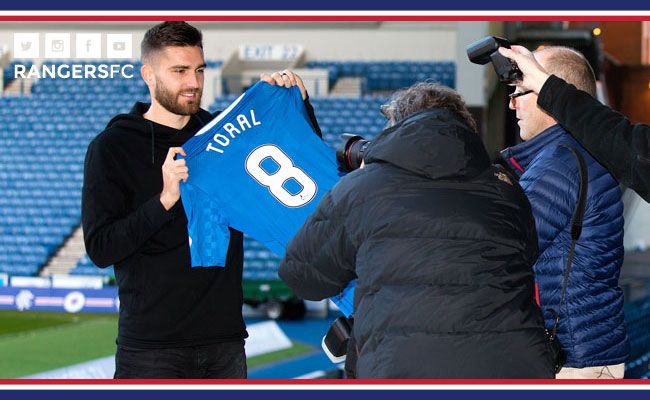 Arsenal have officially completed the transfer away of Jon Toral to Rangers for the rest of the season.

The deal was announced for the attacking midfielder who has gained plenty of experience at Championship side, he has also enjoyed loan spells at Brentford in the 2014-2015 season.

Toral spent the first half of this season at Spanish top-flight side Granada, but only started five times in La Liga.

Warburton said: “I think his best position is No.10 in behind the striker.

“He can play wide right or wide left or at No.8 so we have that flexibility and the options to look at.

“We’re delighted with that and there’s no doubt he’s a quality act and fingers crossed I hope the Ibrox crowd are looking forward to seeing him play.”