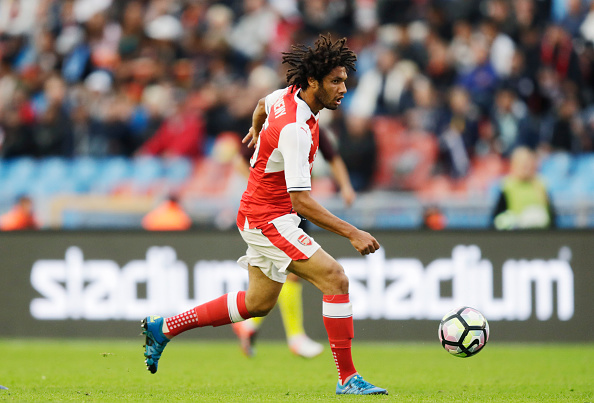 According to reports making the round, Arsenal have suffered a massive setback ahead of next weekend’s clash with Liverpool in the Premier League.

Arsenal’s central midfielder Mohammed Elneny will miss out as he will be out for three weeks after suffering ankle ligament damage during our clash in the fifth round of the FA Cup win over Sutton United.

The midfielder was replaced by Alex Oxlade-Chamberlain after Elneny picked up the knock through midway in the first hold of the game.

The Egyptian international is believed to have undergone a scan during the week to ascertain the extent of the injury. This has ruled the midfielder out for three weeks and will miss out against our clash with Bayern Munich in the Champions League and also next week game with Liverpool.

The Gunners are currently missing Santi Cazorla due to injury who has been ruled out for the rest of the season and Aaron Ramsey who have been ruled out since our clash with Watford.

Arsenal have two central midfielders Granit Xhaka and Francis Coquelin who are fit for our clash against Liverpool at Anfield and our home game with Bayern Munich.