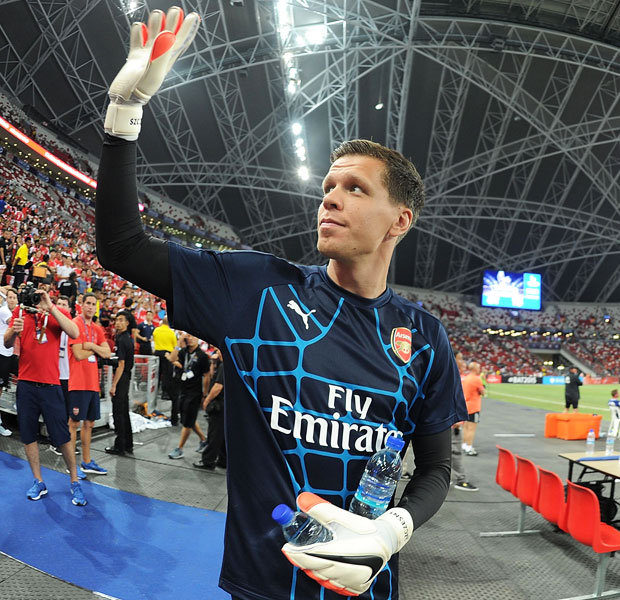 Arsenal loanee Wojciech Szczesny has revealed he is considering a life away from Arsenal on a permanent deal.

The Polish international is currently on loan at Serie A side Roma for the last 18 months since the introduction of Petr Cech from Chelsea.

According to reports from the Daily Mail claims the 26-year-old still watches Arsenal games and revealed he doesn’t know if he will return to the Emirates stadium anytime soon.

“I play for Roma, but I don’t stop supporting Arsenal.

“I watch their matches again, sometimes with joy. I do not know how my future will look like.

“The last year and a half in Italy were not the worst, but to me at least another four months at Roma, so I focus on the good performances. I just think about playing well and not where I will play.

“The future will be in my hands. I do not wonder what will happen in June, just in Sunday’s meeting in Milan.”

Szczesny has been linked with a number of top Europe clubs with the likes of Juventus, Napoli and Roma all keen to in snatching him away from Arsenal in summer.

“This is press speculation. I know one thing: the more I play, the more options will appear.

“I try to only do what belongs to me, and in the summer I will consider all the proposals.

“At the moment, I have at least another four months Roma, I am an athlete and I want to stay in shape. After it I can decide about the future.”

“The summer will allow me to choose a club where I will be number one,” he said.

“Loan to Roma was a major reason: I knew I was playing, which Arsenal was not so obvious. It all worked out good.

“I will do everything to play next season. Where? Time will tell.”