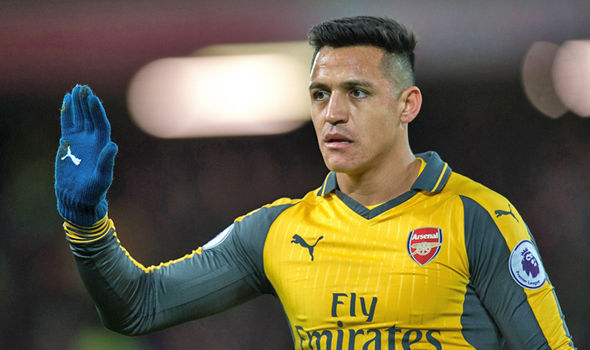 The 28-year-old started from the bench in the second hold of last weakened match when we faced Liverpool at Anfield in the Premier League.

The Gunners lost 3-1 and Wenger has revealed the reason why he insisted in his decision to drop Sanchez was tactical; He admitted his gamble failed after the match as the Gunners continue to slip away from the top four position.

However, reports in the Express claims otherwise as multiple sources claim Sanchez was involved in a furious row with his team-mates last week; And that he stormed out of training with tempers raised amongst the squad.

And Nevillle believes the Chilean is ‘exploiting’ the situation at the Emirates.

He tweeted: “Sanchez is a great player but he’s exploiting his manager’s current predicament.”