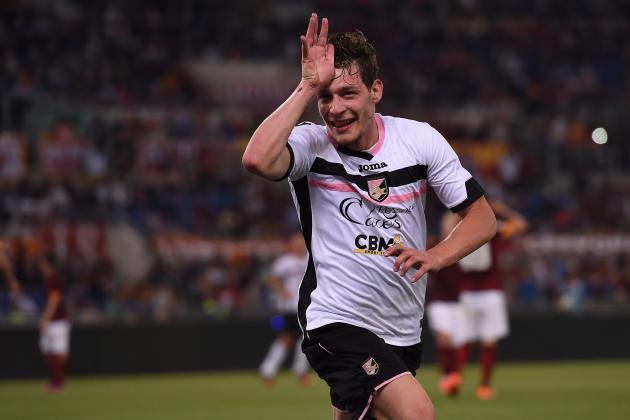 Arsenal have continued to keep tabs on Torino striker Andrea Belotti, according to reports.

The striker has scored 19 goals this season and has established himself as one of Europe’s top strikers in the process. He is now attracting interest from a lot of clubs including Arsenal and Chelsea.

The Gunners have been watching the striker since last summer and we were even forced to deny a claim which was made by Torino’s sporting director Gianluca Petrachi in January that we had a £56m for the striker rejected.

According to The Daily Star, Arsenal are still interested in the striker but are unwilling to pay up to what Torino are demanding.

It is believed Wenger is keen on signing a striker this summer and Belotti appears to be very high on Wenger’s wish list.

The striker signed a new contract in January with a release clause of £85m and his club are insisting that the clause must be activated if they must allow him to leave.

According to the report, Arsenal and Chelsea watched the striker on Monday when his team faced Fiorentina.

He gave a good account of himself, scoring two goals which helped his team secure a 2-2 draw. He could have even secured all three points for his team but for a penalty miss, they had to settle for a draw.

Arsenal will continue to watch the striker in view to making a summer move but this will only happen if his club reduces their demand.