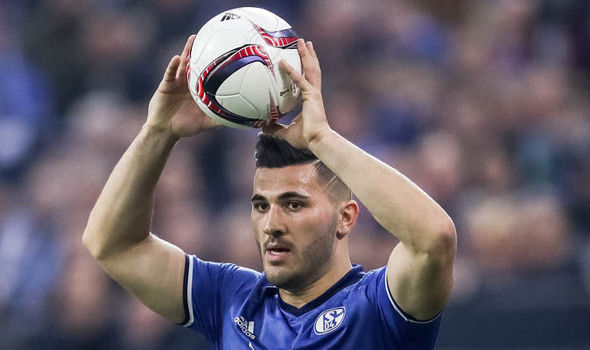 According to reports from Germany suggest Arsenal have made their first summer signing with respected journalist Raphael Wiesweg confirming Sead Kolasinac has agreed a five year deal with the Gunners.

The departure of @seadk6 is fixed. Sead #Kolasinac has signed a 5-year contract with @Arsenal. #S04 #Schalke

The Schalke left back has been with the German club for 6-years and reports suggest he could move this summer for free.

However, no official announcement has been made in regards to this deal but it seems Wenger is already preparing for a life without Nacho Monreal and is ready to sign the Bosnia left-back.

However, reports in the Sun, claim Schalke 04 fans Sead Kolasinac has agreed a five year deal with the Gunners.