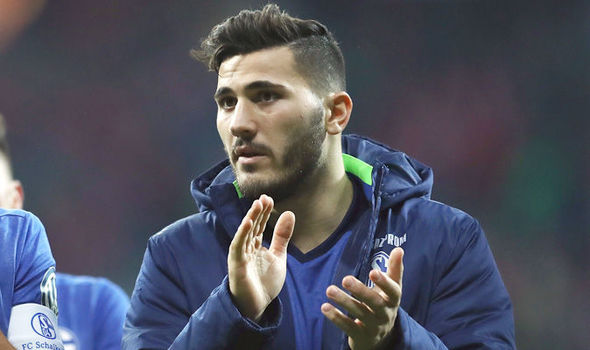 According to reports, Arsenal defender Laurent Koscielny has confirmed the Gunners have completed the signing of Schalke 04 left back Saed Kolasinac.

The reports the German-born has agreed to a five-year contract with the Gunners and is expected to make the switch July 1st as a free agent.

And Laurent Koscielny has confirmed the defender is on his way to the Emirates, insisting he is a player who will improve the squad.

The Frenchman was asked about the upcoming transfer:”I think that they know the players they want.

“They know for a long time so I think if we are qualified or not for the Champions League they have targets in their head.

“They will do everything to have the best players for us, a player who can help the team to be better.

“[A player] who can change the team to have some more positive results for this club. Would Kolasinac do that? I hope!”

The deal was also confirmed by Arsene Wenger when asked if the Bosnia international is on his way to Arsenal.

Wenger said: “We can deny that story at the moment. Nothing has been concluded with anybody.

“I think it is important we do not talk about transfers.”