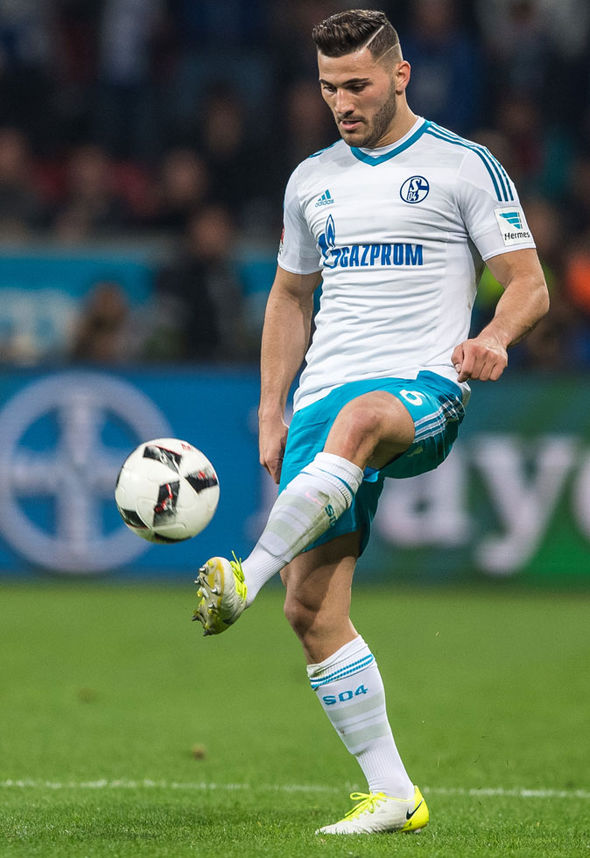 According to an exclusive report from the Express, German football experts Lee Price, revealed Arsenal have completed their first summer signing in Sead Kolasinac from Schalke 04.

Price’s further revealed that a medical for Kolasinac has already been done.

The report also claims Arsene Wenger has announced he’s staying that Emirates Stadium next season although no official announcement has been made.

The Bosnia left-back will be Arsenal first summer signing and he would make the switch July 1st on a free transfer if this report is true.

Price exclusively told Express Sport: “This IS the kind of smart signing that Arsenal haven’t made for years. It is a proper, long-term investment.

“It was made pretty clear during negotiations that Kolasnic will be playing under Wenger next season.

“He announced that to the player and his agents, wary that speculation over his future could hinder a deal.”

He added: “The signing of Sead Kolasinac is an indication that Arsene Wenger, the most stubborn man in football, is finally ready to change.

“After dabbling with three at the back in recent weeks, the Bosnian’s arrival could indicate a more permanent switch – as he’s an actual, proper wing back, rather than a winger asked to defend.

“Though Wenger’s denied the deal is done, it is – medical and all. Word is he’s agreed a five-year-deal with the option of a sixth.

“Educated in the German youth system, Kolasinac is flexible enough to play in various positions, and can slot in to midfield, too.

“Don’t expect a glut of goals and assists from him – though he will chip in – he’ll instead offer a solid option, technically gifted enough to join in with build-up play, with the positional sense to work backwards as well as forwards.”