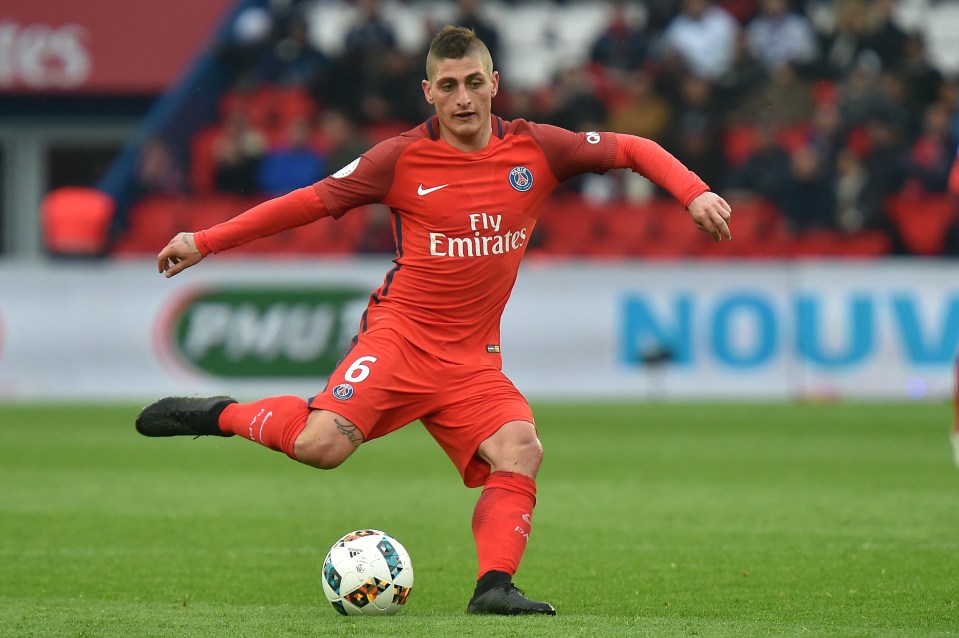 It is expected the Gunners would be active this summer in the transfer window, with report already suggesting Sead Kolasinac from Schalke 04.

Now, the report claims Chelsea target Marco Verratti could make Emirates move despite reports suggesting he is close to agreeing to a £55million to Chelsea from Paris Saint-Germain.

However, Verratti, 24, has told PSG he wants to stay in Paris and will reject Chelsea’s offer in a bid to improve his current deal of £120,000 a week.

Verratti has been compared to Italy legend Andrea Pirlo in terms of his play-making ability — somethingArsene Wenger lacks in the current squad.

It is believed Wenger plans on signing Verratti as a possible replacement for Mesut Ozil who is yet to sign a contract extension with the Gunner.

And now a photo shopped picture has surfaced of Verratti in Arsenal’s kit.