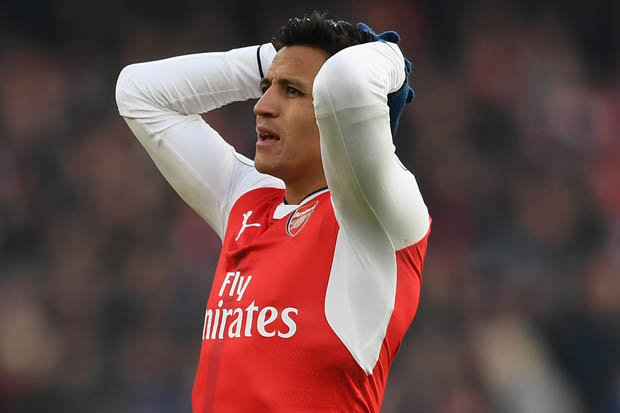 If this report is true then Arsenal fans will have something to think about in regards losing Alexi Sanchez this summer.

According to South American newspaper El Mercurio, the forward looks set to pack his bags.

Sanchez joined Arsenal in 2014 from Barcelona and has been remarkable since his arrival.

Goonersden.com believes Sanchez is unhappy at Arsenal as they won’t be playing in the Champions league next season after missing out on a top –four spot this season.

The Chile international has been heavily linked with a move away from the Emirates Stadium after failing to sign a contract extension at Arsenal with Manchester City and Bayern Munich keen on his signature.

It’s believed Bayern are willing to cough up £50m to sign Sanchez.

Sanchez scored 29 goals in all competitions for the north Londoners this term.