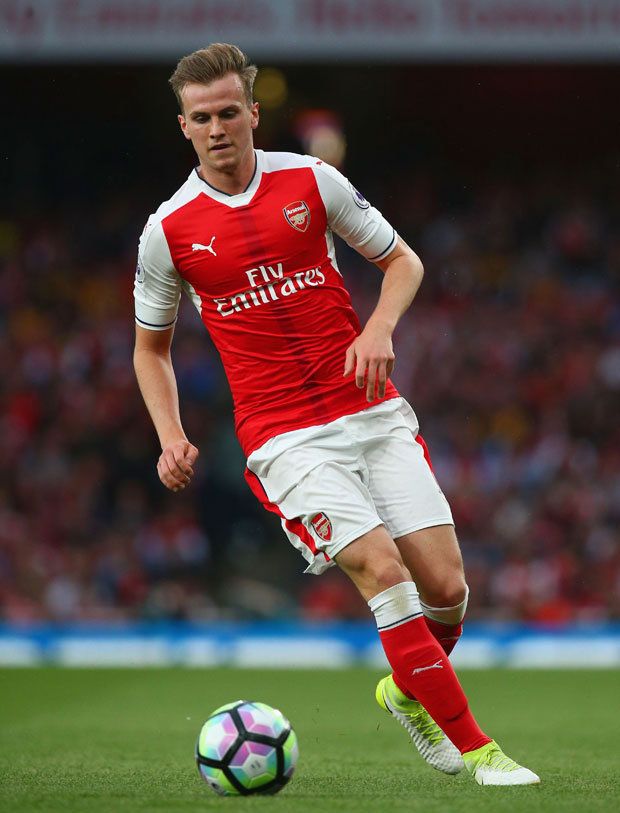 Arsenal full back Rob Holding has revealed he was close to leaving the Emirates in January on loan but he was convinced to stay by Arsene Wenger.

The English fullback revealed he is delighted he listened to Wenger, Holding joined Arsenal from Bolton for £2m last summer.

The 21-year-old has been in remarkable form, he revealed wanted to leave because of first team action but was convinced to stay by Wenger.

Holding told the London Evening Standard: “I didn’t leave in January as the boss wanted me around the team. He saw me playing.

“I just had to listen to him and keep working hard on the things he mentioned. That has spoken for itself over the last few games.

“I got a look in at the start of the season and then some cup games. After that it was just about being on the training pitch, putting the work in and getting another chance.

“Since I got the chance, I’ve managed to take it and the boss has shown some faith in me to keep me in the team.”

Holding added: “We had a little play with it at Bolton under Neil Lennon when I first got back into that team.

“I like playing in a back three, it gets me playing on the ball more and I can get to bring it forward which I like doing. It suits us at the moment.

“I have no idea if it’s the best system for me.

“I just like playing and when I get out there on the pitch, I just do the best I can in whatever formation we are put in.”

Holding is currently enjoying first team action in Wenger’s new 3-4-2-1 formation and he is expected to start against Chelsea in the FA Cup final on Staurday.