Arsenal fans are on high alert after summer target releases clue he could be on the way to the Emirates.

Julian Draxler and Sead Kolasinac are former Schalke 04 teammates and may be about to reunite.

The German winger took to his Instagram story to tease Arsenal fans with a cryptic picture. 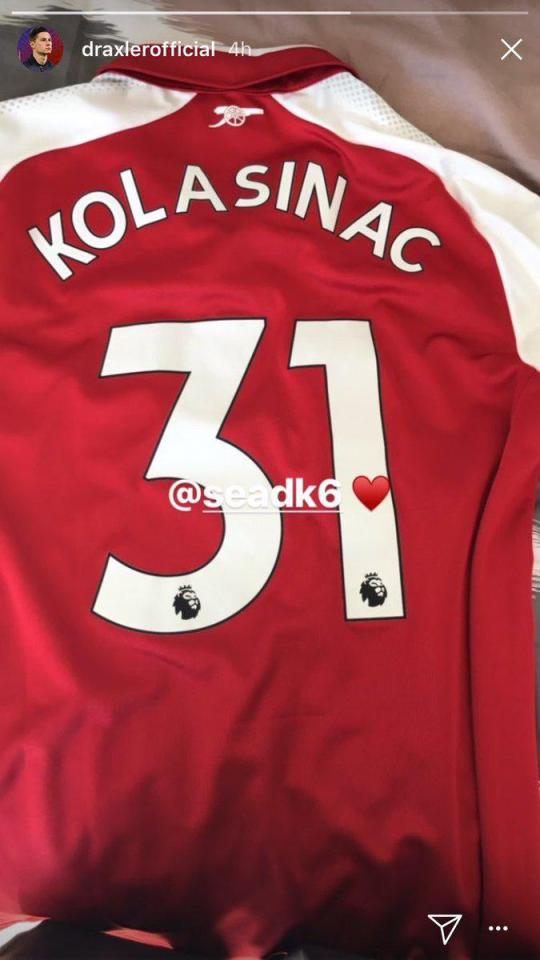 Draxler can be seen holding up an Arsenal shirt with Kolasinac on the back, with his Instagram handle and a love heart.

Arsenal supporters immediately took the post as a sign that the 24-year-old is heading to north London.

He has been on Arsene Wenger’s radar for years, but transfer talk went up a notch when PSG signed Neymar and Kylian Mbappe.

After splashing over £350 million on the pair, Draxler has struggled to make it into the Paris side.

Draxler could end up being a replacement for the seemingly departing Alexis Sanchez, who has been heavily linked to a move to Manchester City.

Summer signing Kolasinac could be the key to luring the highly lauded forward to Arsenal.