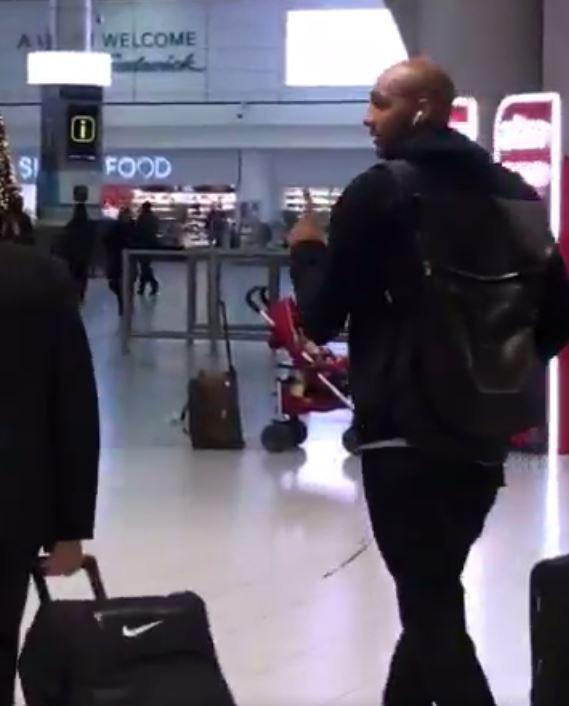 Arsenal will hold talks with Steven N’Zonzi after the Sevilla midfielder flew into London on Tuesday evening.

The former Stoke star was pictured walking through Gatwick Airport wearing a backpack, while a man pulled a large suitcase alongside him.

It is believed N’Zonzi is in the capital to visit his son, although the Premier League duo will take the opportunity to discuss a move with the out-of-favour Frenchman.

N’Zonzi is free to leave Sevilla after falling out with boss Eduardo Berizzo following his substitution during the 3-3 Champions League draw with Liverpool in November.

He has not played for the club since and earlier this month said: ‘My future is clearly elsewhere than in Seville. The only thing that disappoints me is the manner in which this is ending.’

The France international has a buyout clause of £32.5million, although it is unlikely interested clubs would pay the full amount to sign him in January.

After a short clip of N’Zonzi strolling through Gatwick emerged on Twitter, an image purporting to be a chauffeur holding a card with the midfielder’s name on also came to light on the social media website.

Speaking about N’Zonzi and the star’s first visit to London earlier this month, Sevilla chairman Jose Castro said: ‘His situation is due to a technical issue with the coaches and as with all the technical issues, he can change it. He travelled to London to visit his son with our permission.

‘There aren’t any offers to sign N’Zonzi. I can’t talk about clauses or prices if we don’t have an offer.

‘We respect the decision of our coaches, he is training with team-mates but currently he isn’t playing.’