Arsene Wenger was all smiles as two key men returned to Arsenal training ahead of the Gunners’ clash with Watford at the Emirates tomorrow (1.30pm).

Arsenal received a double injury boost ahead of their latest Premier League clash, with both Sead Kolasinac and Calum Chambers pictured training on Saturday.

The defensive duo took part in the Gunners’ latest session at London Colney, easing a potential selection crisis ahead of Watford’s visit to the Emirates.

Nacho Monreal and Hector Bellerin are both sidelined for tomorrow’s clash, while Kolasinac and Chambers were both doubtful.

The Bosnian suffered an ankle injury during the Europa League win over AC Milan while Calum Chambers was forced off with severe cramp at the San Siro.

If the pair are not fit enough to feature, Wenger is likely to deploy Rob Holding and Ainsley Maitland-Niles in the full-back roles.

However, the Gunners boss looked far from worried as he joked with Per Mertesacker and Mesut Ozil this afternoon. 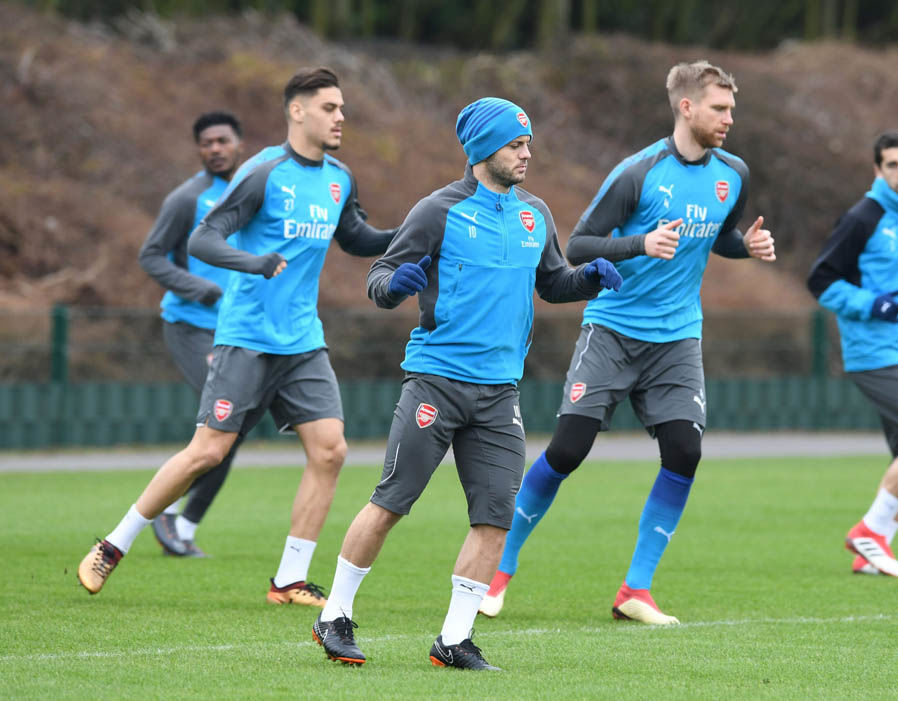 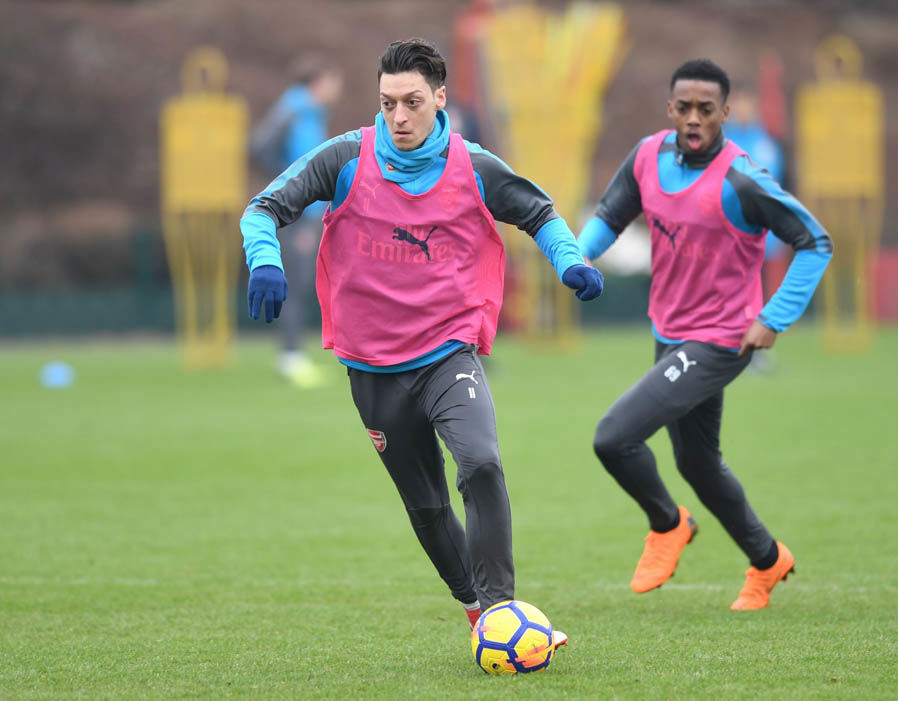 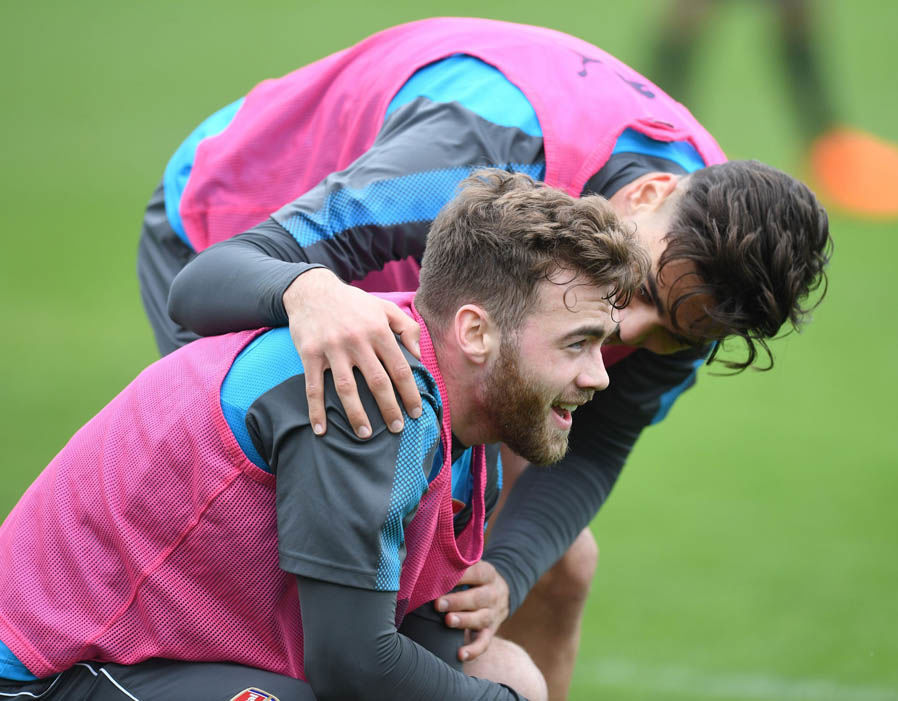