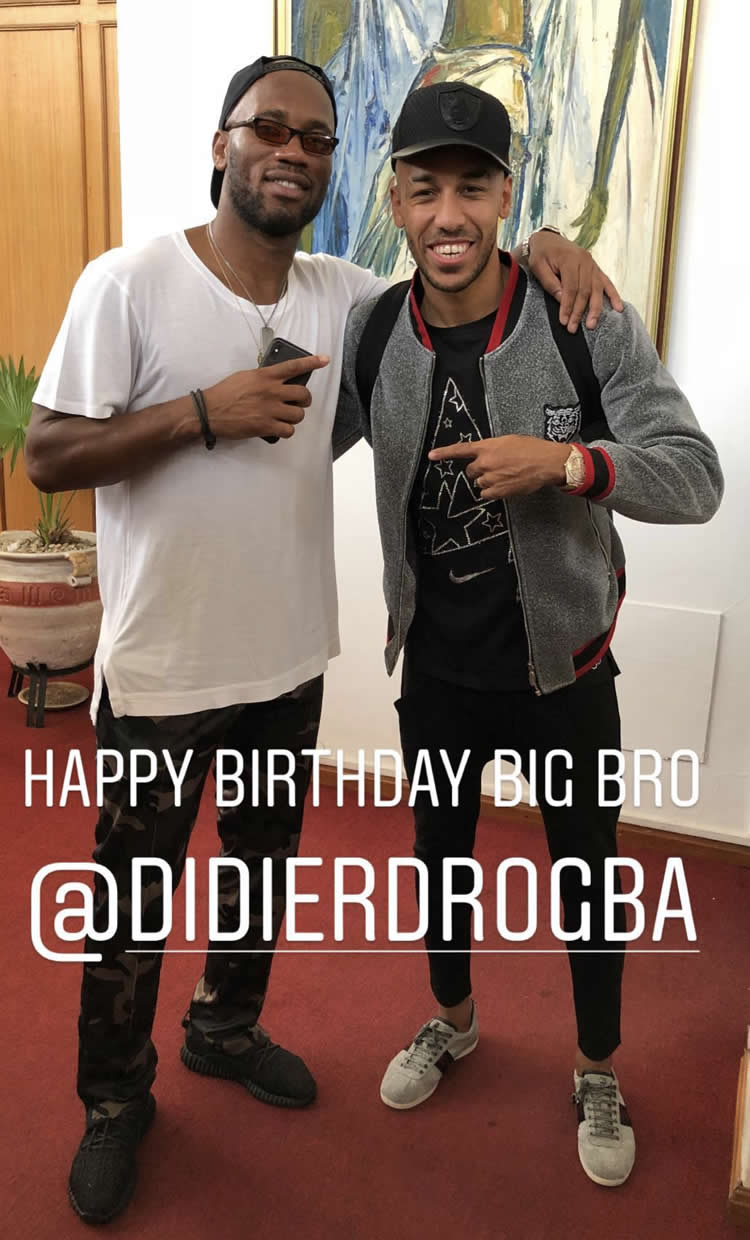 Arsenal new boy Pierre-Emerick Aubameyang has taken to social media to wish Didier Drogba a happy birthday after the Chelsea FC legend turned 40 over the weekend.

Aubameyang was in good form for Arsenal as he scored his third goal for the north London side to help them claim a 3-0 victory over Watford at The Emirates on Sunday afternoon.

The Gabon international has been settling into life at The Emirates after having signed for the north London side from Borussia Dortmund in the January transfer window.

Aubameyang clearly holds Chelsea FC legend Drogba in high regard and he made a point of mentioning the former striker on his personal Instagram story over the weekend.

He posted the picture above of the duo on the photo-sharing app as he paid tribute to the former Ivory Coast star.