Arsenal new boy Pierre-Emerick Aubameyang made the most of a night off as Arsenal beat AC Milan 3-1 to secure their place in the quarter-finals of the Europa League.

The Gabon star is ineligible for the Gunners’ European campaign having represented Borussia Dortmund earlier in the season before moving in January.

But as he watched his team-mates win on the night he hung out with Romeo Beckham inside the Emirates.

Now Arsenal will face CSK Moscow in the round of eight on the 5th of April.

The Gunners return to Premier League duty when they host Stoke on April 1 after the international break.

Here are some of the pictures. 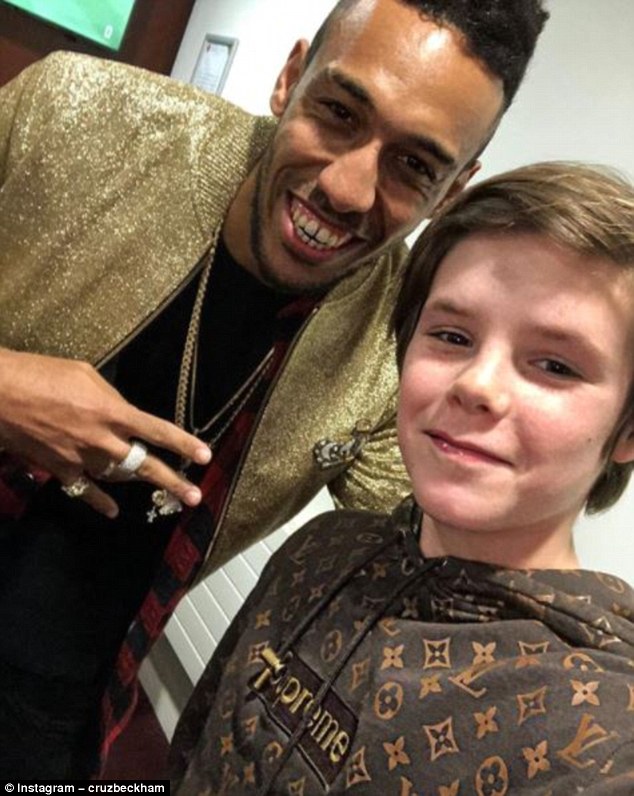 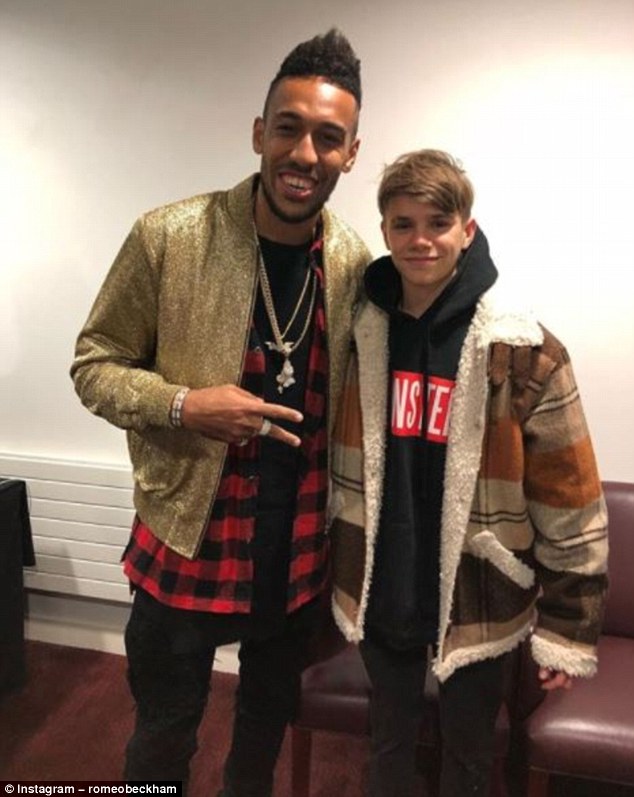