Arsenal may look to bolster their squad once again with a couple of key signings in the January and summer transfer windows – so how could they line up on the first day of the 2020/21 season?

Arsenal have established a reputation for targeting big-money signings in recent years after an era of frugality under Arsene Wenger.

Alexandre Lacazette and Pierre-Emerick Aubameyang have both been high-profile arrivals at the Emirates while the Gunners smashed their transfer record to sign Nicolas Pepe from Lille in the summer.

They also splashed the cash on Kieran Tierney and William Saliba before the start of the current campaign while David Luiz was a deadline day arrival from London rivals Chelsea.

However, an inconsistent start to the season has shown there is still plenty of room for improvement in Unai Emery’s squad, so who could arrive to improve the squad further ahead of 2020/21?

However, neither have been error-free in the opening weeks of the campaign and Rob Holding is now in contention to return to the starting XI following an extended injury lay-off.

And while Saliba is a long-term prospect at the club, Arsenal could reignite their interest in the highly-rated Upamecano after a failed £50million bid last summer.

Leipzig were holding out for a fee near the Frenchman’s £82m release clause, but according to L’Equipe that figure could drop to £53m if he does not sign a new deal before the end of the season – opening the door for Arsenal to swoop in.

Ceballos is currently turning heads with an impressive loan spell from Real Madrid, having struggled for game time at the Bernabeu.

The 23-year-old is due to return to Spain at the end of the campaign but his creative spark is greatly needed at the Emirates, particularly with Pepe struggling for form and Mesut Ozil out of favour.

Emery could try and secure Ceballos on a permanent deal, providing the Gunners with a creative lynchpin around which the likes of Lacazette and Aubameyang can flourish. 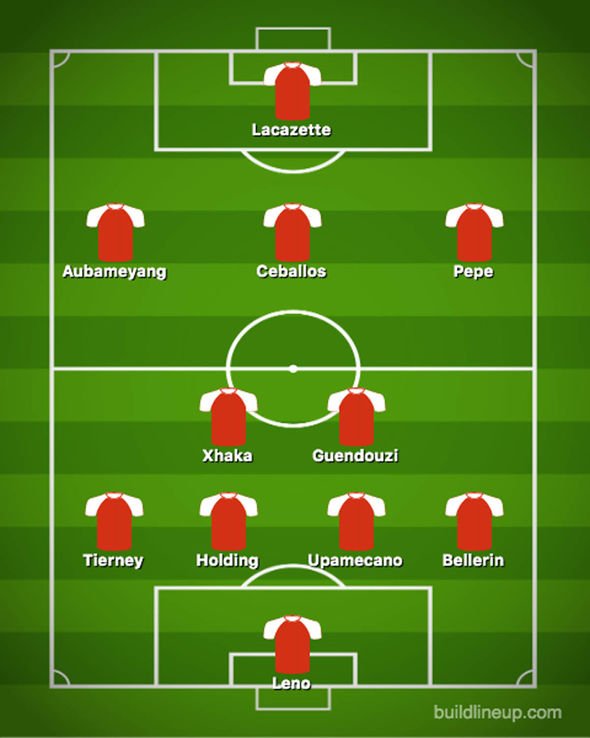