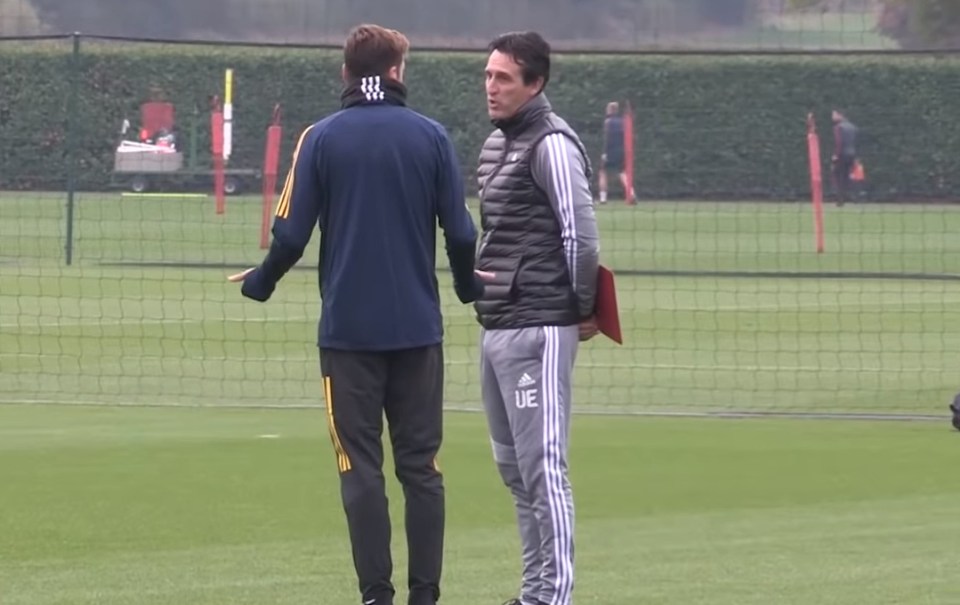 Mesut Ozil appeared to have an extremely awkward conversation with Unai Emery after being dropped for Arsenal’s defeat at Sheffield United on Monday.

The 31-year-old was left out of the Gunners’ last four matchday squads by the Spaniard, apparently falling out of favour.

And it seemed as though tensions were slightly strained on Wednesday afternoon when the duo had an extended conversation on the training ground.

Making the most of the luxurious and spacious London Colney pitches, Emery and Ozil shook hands before strolling away from the rest of the group.

Both men maintained eye contact, before Dani Ceballos, Robert Pires and Matteo Guendouzi came over to talk to the manager.

Ozil later posted a cryptic message on social media, captioning a picture of him smiling with the phrase: “You make me laugh…”

The World Cup winner moved to the Emirates in 2013 when Arsene Wenger forked out a then-club record fee of £42.5million.

And the former Real Madrid man wished his former boss a happy birthday, just 24 hours after he was dropped for the clash at Bramall Lane.

His contract at the club expires in 2021 and he recently revealed he plans to stay until then.

“When I signed the new deal, I thought about it very carefully and said it was one of the most important decisions of my footballing career,” he said.

“I didn’t want to stay for just one or two more years, I wanted to commit my future to Arsenal and the club wanted me to do the same.”