Arsenal are set to appoint Mikel Arteta before they travel to Everton for their next Premier League clash. The Spaniard is unlikely to be in charge for that match though is expected to be at Goodison Park on a watching brief.

Freddie Ljungberg will stay in caretaker charge for the match having overseen five matches since replacing Unai Emery.

Arsenal have won just one game under the Swede, who has been unable to stop the run of poor performances.

He is unlikely to make many changes to the team that lost 3-0 to Manchester City, despite the reigning Premier League champions running riot in the first half on Sunday.

The one change the Swede may make comes at left-back following Sead Kolasinac’s injury during the clash with City.

The Bosnian limped off in the first-half with a suspected ankle problem though there has been no update on his condition.

Granit Xhaka may be re-available having sat out against City due to concussion.

Kieran Tierney remains out of action though there was hope Hector Bellerin may be able to return to training this week.

Arsenal have struggled recently and former Premier League ace Michael Owen thinks they might find it difficult at Goodison Park too.

He said: “Arsenal only had one shot on target against Manchester City at the Emirates on Sunday, and that was in the opening minute of the game.

“The Gunners cannot play as badly at Goodison in Saturday’s early kick-off although I think Everton will edge a game between two clubs who, at the time of writing, are both looking for a new permanent manager.

“The Blues have picked up four points in two games under caretaker Duncan Ferguson and, although they are struggling with injuries, I expect them to win back-to-back home league games.

“It will be fascinating to see if either club appoint a new manager before the weekend with Carlo Ancelotti reported to be Everton’s preferred choice and former Everton and Arsenal midfielder Mikel Arteta, seemingly, in pole position to take over at the Emirates.” 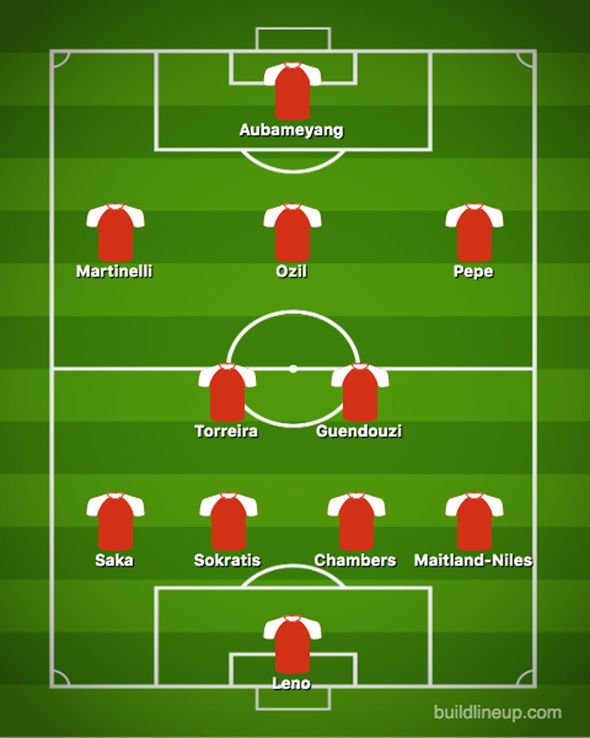