Mikel Arteta will be forced to make changes from the Arsenal team that drew 1-1 at Crystal Palace last week due to injury and suspension.

Sead Kolasinac has a thigh problem and as a result 18-year-old winger Bukayo Saka is likely to come in at left-back once again for this clash with high-flying Sheffield United.

The rest of the defence should stay the same, as should the midfield pair ahead of them – with Lucas Torreira overcoming a knock which forced him off at half-time against Palace.
In attack Arsenal will have to cope without Pierre-Emerick Aubameyang, who is serving the first of his three-game suspension after picking up a red card against Palace.
Reiss Nelson will most likely come in for the Gabon international, with Alexandre Lacazette leading the line and trusted with ending his goal drought. 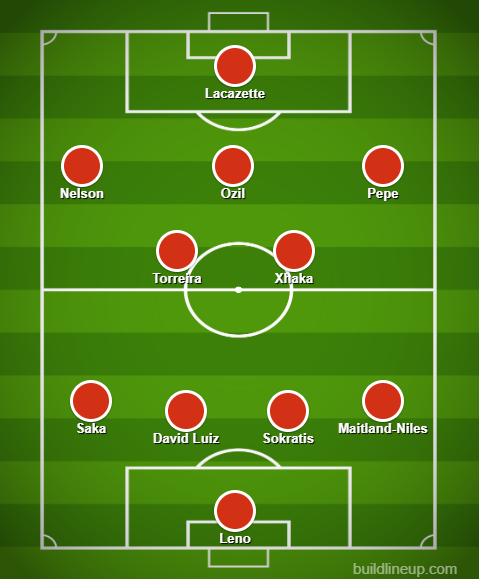