Mesut Ozil scored his first goal for Arsenal in 10 months as the Gunners smashed four past Newcastle on Sunday but that was only the start of the story of that goal.

Ozil’s strike was the third of the second half for Arsenal, who’d largely disappointed in the first and it was an important one for many reasons.

Secondly, it got a goal for a player who desperately needed some return for his creative output, be that an assist or a goal.

Thirdly, it moved us to a positive goal difference in the league.

Finally, the move leading to it involved 35 passes. That’s 10 more than any other goal in the Premier League this season AND it involved every single player in the side, including Bernd Leno, at least once. 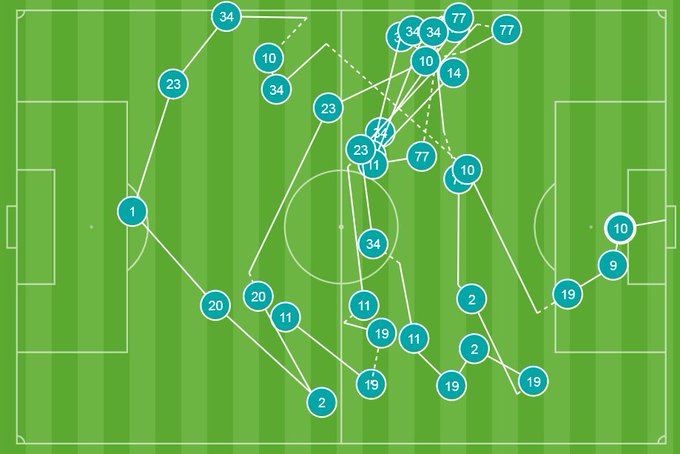