After a two-week winter break, head coach Mikel Arteta has a number of decisions to make ahead of the visit of Newcastle United.

The main areas to address are in attack, particularly around the selection of striker Alexandre Lacazette.

The Frenchman has not scored since December 12, but Arteta has kept faith in him and you would expect him to do so again after Lacazette, and the rest of the squad, were given a much-needed break.
Out wide Nicolas Pepe could come in for Gabriel Martinelli, who had a quieter game at Burnley when asked to play out on the right instead of the left.
The midfield two of Granit Xhaka and Lucas Torreira should be restored too after Matteo Guendouzi started against Burnley.

In defence, new signing Pablo Mari is short on fitness – with Olympiakos a more realistic date for a debut – but Shkodran Mustafi deserves to keep his place given recent form.

Bukayo Saka has shaken off a knee knock picked up against Burnley and is in line to keep his place at left-back. 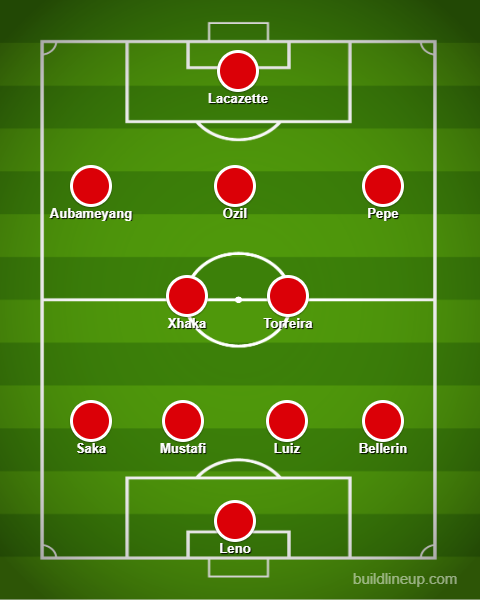