Arsenal youngster Marcelo Flores will sign a five-year deal with the club this week, as he was just waiting for his 17th birthday to do so.

Ruben Flores, the father to Marcelo, says the youngster will sign a five-year professional contract with Arsenal. They just needed to wait until the day he turned 17, which is October 1st.

“According to UEFA and FIFA rules it cannot be done until October 1st of this year, which is when he (Marcelo) turns 17, but we already have an agreement and an arrangement and surely on October 1 the news will come out.”

Arsenal aren’t always on the ball with their announcements, so it’s possible we’ll need to wait a bit longer for official confirmation. But there’s little doubt now that the 17-year-old is committing his future to the club.

Flores is currently the top academy scorer this season, with three goals for the u18s in three games. He scored two impressive efforts against Crystal Palace at the weekend, as Arsenal came from behind to win.

Given his age, the winger spent much of last season with the u16s, and there’s still a way to go through the u23s to the first team. However, Flores’ talent is clear to see, and it’s no wonder Arsenal are looking to tie him down for the long-term as soon as possible.

What’s next for the teenager? 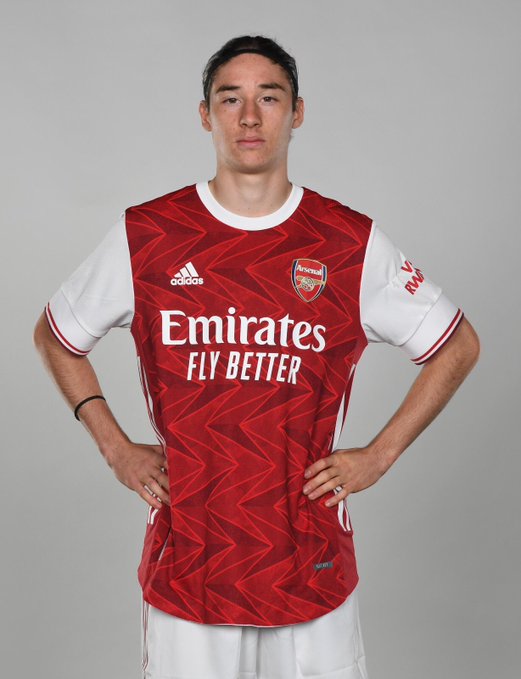 To begin with, Flores will remain with the Arsenal u18s. He’s only just stepping up to this level after all. As a left-winger, he has George Lewis ahead of him in the u23s, though Arsenal are a little light on u23 wingers, which opens up an opportunity.

The player’s father is hopeful of progression through the ranks in the next couple of years.

“Two years ago Bukayo Saka played where Marcelo is playing now, and last year he debuted in the Europa League, and now they gave him a contract with the first team, he played every game and is already a first-team player,” Ruben Flores pointed out.

“So, to put it in perspective, in two years Marcelo could be playing for Arsenal’s first team if the results come. So they want to give you a professional contract.

“In addition, Per Mertesacker…is the director of the Academy and he has a lot of faith in him and he is very excited to have Marcelo. They have treated him wonderfully and he offered him this contract for five years that we are going to sign in October.”