George Lewis seemingly picked up an injury this week, casting doubt on his availability for Tuesday’s EFL Trophy match. 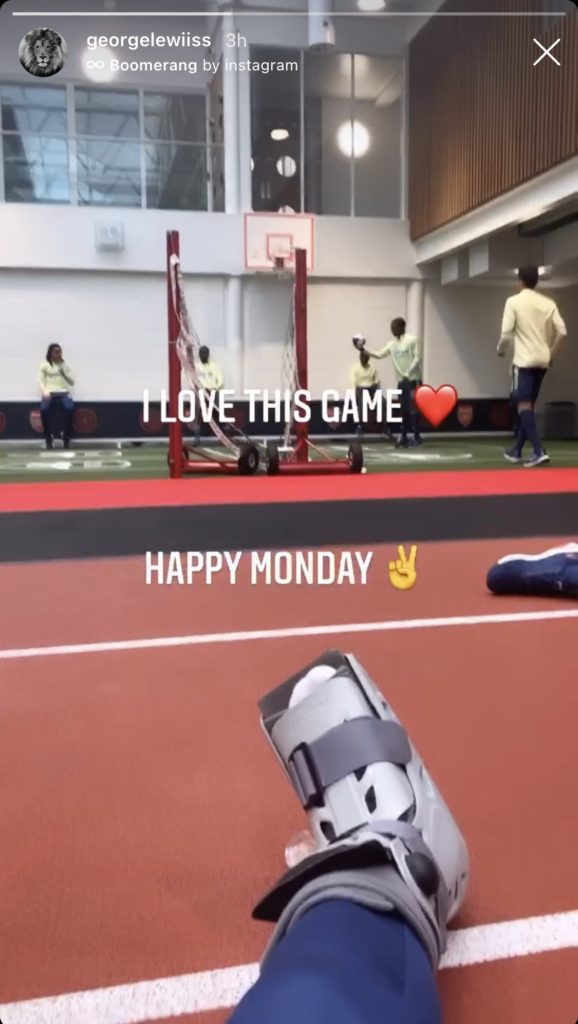 Posting on Instagram on Monday (above), Lewis showed a picture of himself in a protective boot. The winger started Arsenal’s last game against Chelsea, but it appears he’s now a strong doubt for the trip to Crawley Town on Tuesday.

Though Lewis came off after 83 minutes in the Chelsea match, it didn’t seem like he had a serious injury at the time. He’d also come off early in his previous two u23 appearances, so it was nothing out of the ordinary. It’s possible he picked up the problem in training.

Regardless, it’s a bit of a blow for Steve Bould’s side, who are lacking wingers already. Joel Ideho joined on deadline day, but that only brought the squad up to a total of two full-time wingers – Ideho and Lewis.

Lewis also scored in the opening EFL Trophy match against Ipswich Town. To date, that game remains head coach Bould’s only win of the season so far. Hopefully, Lewis will be back very soon.

It looks like midfielders will have to fill in, with Ben Cottrell a candidate after recent appearances at left-wing-back. Other than that, Bould may look down into the u18s to promote the likes of Marcelo Flores or Kido Taylor-Har