After Arsenal’s 1-0 victory at Old Trafford on Sunday, there was rightly a lot of talk about the performances of Thomas Partey and Gabriel Magalhaes, as well as praise for the plan put in place by Mikel Arteta.

But one of the other stars of the show was Mohamed Elneny. Many Arsenal fans were surprised to see him in the starting lineup (to put it kindly), yet he was just as important as anyone else to the win.

Performing to such a level against a midfield including Fred, Paul Pogba, Bruno Fernandes, and so on gave the Elneny camp plenty of reason to feel proud of the 28-year-old’s display.

Elneny’s agent Alan Nazmy certainly was, posting on Facebook to suggest the midfielder had pocketed the United midfield on his visit to the stadium. 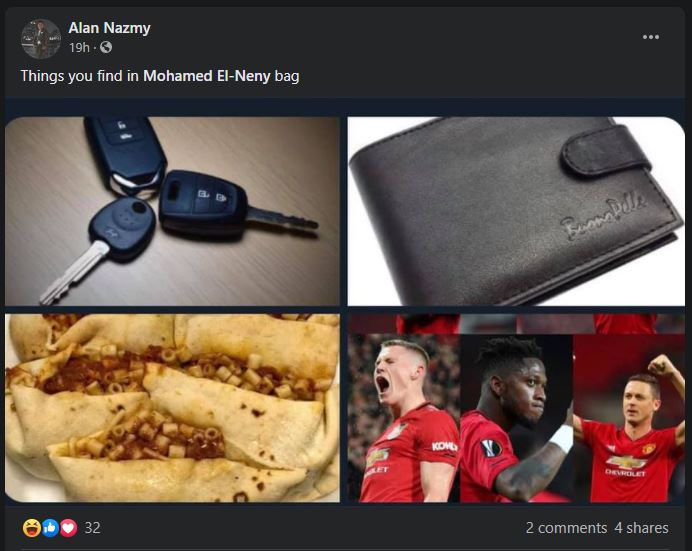 He also thanked Elneny for the ‘birthday gift’ on Instagram, along with a video of the two laughing whilst the United midfield are displayed on the screen.

If Elneny is playing as well as he did on Sunday, his agent is more than welcome to get involved in the banter.