Arsenal haven’t been seriously linked with a move for Real Madrid’s Isco for a couple of years but it seems as if we could be interested in a January loan move.

It used to be we couldn’t get through a transfer window without being linked with a move for Isco that never happened. Since Arsene Wenger’s departure, however, the links have died.

Out of favour in Spain, it is being reported that Arsenal want to bring the 28-year-old to London for six months in order to help out with our creativity problems.

Marca report that Isco has ‘his mind set’ to leave Real Madrid when the window opens at the start of 2021 with his father and agent telling the Spanish giants exactly that.

“Isco has spent months weighing up the pros and cons of asking to leave,” Marca write. “He even spoke to Zinedine Zidane about the matter and the Frenchman didn’t try to convince him to stay.

“Zidane was understanding that if Isco wanted more regular playing time then he wouldn’t stand in the way.

“Isco’s decision to leave this coming January has been made with the summer’s European Championship in mind, but he’s also keen to avoid spending an entire season on the periphery at Valdebebas.

“His plan had been to win back his place in Zidane’s starting XI, but the early weeks of the 2020/21 season have served as evidence that he isn’t likely to hold down a starting place. Isco knows that he’s leaving his comfort zone by departing from Madrid, and he could even try his luck outside of Spain.

“Now, two options present themselves. Either Isco leaves Real Madrid on loan with an option to buy, or he is sold outright. Juventus and Manchester City have expressed an interest previously, making Italy and England his most likely destinations now.”

As you can see from that, Arsenal aren’t mentioned but they are in another Spanish report. Fichajes report that,

“Arsenal will seek to reinforce its squad at the expense of Real Madrid, betting on this occasion coach Mikel Arteta for the arrival of an Isco Alarcón who could undoubtedly be the star signing of the London team heading into the second leg of the season, in a move quite similar to the one Unai Emery made with midfielder Dani Ceballos.”

They get their report from The Sun but add, “Arsenal would not be the only team in the Premier League who has thought about taking the services of Isco Alarcón, since the Everton of Carlo Ancelotti would be other clubs who might try to sit down and negotiate an assignment or a transfer to a Real Madrid that will have the last word on the future of the 28-year-old footballer, who could be in his last weeks wearing the jersey of the merengue team, being able to try his luck in England as happened this year with James Rodríguez.”

Isco has played just 285 minutes this season across all competitions and has not played the full 90 once. In fact, he has played more than 45 minutes this season just twice with 57 minutes against Real Valladolid and 83 against Valencia. Isco’s other appearances have seen him get 45 minutes against Real Betis, one minute against Levante, 45 against Cadiz, 30 against SD Huesca and 25 against Unai Emery’s Villarreal. 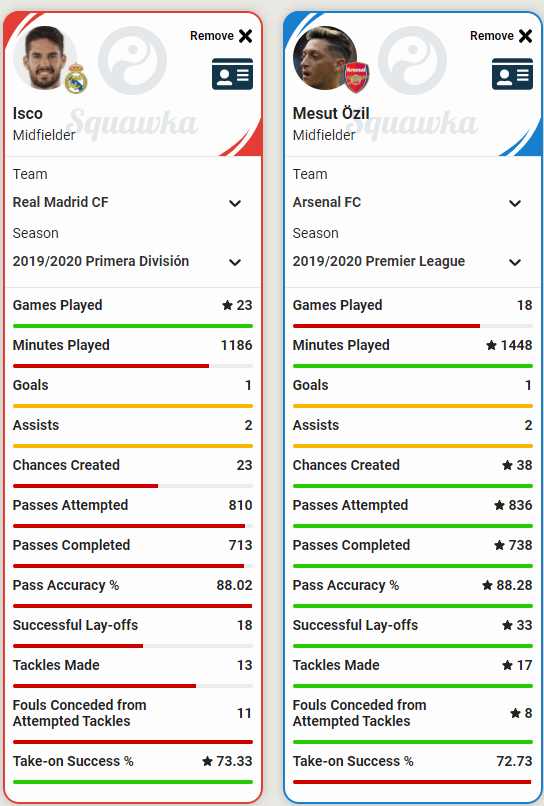