Arsenal’s dressing room is reportedly ‘toxic’ with more reports of unhappiness behind the scenes, but there’s more (or less) to this than meets the eye.

David Luiz and Mikel Arteta not speaking. Mesut Ozil and Sokratis the fallen heroes. There are narratives aplenty around Arsenal at present, the kind you only get when a club are in crisis and the media sense a chance to make it worse.

All have been denied, of course.

There is, clearly, something wrong at the club. But what is that?

The author of that article is John Cross, so that should tell you all you need to know about how reliable the information is. It’s his ‘EXCLUSIVE’ too. Just like this one: 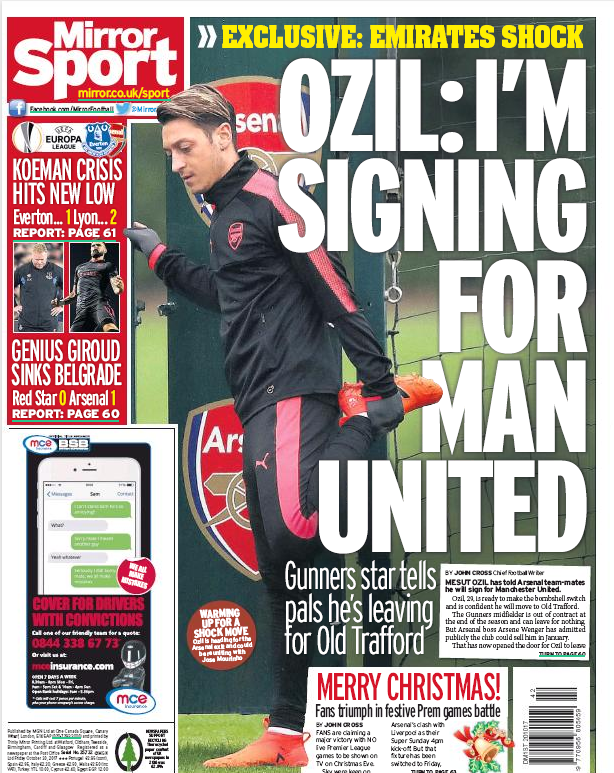 As I said, there is no doubt there is something up at the Emirates and it doesn’t take a massive leap to say the players aren’t happy. Who is?

The slump in form is blamed on ‘factions’ behind the scenes but when you actually pay attention to the words used, there is nothing new in this EXCLUSIVE. It’s all cobbled together from other bits that have been reported, speculated and gossiped about for weeks now.

Kind of in the same way this is an EXCLUSIVE.

The problem is, whether it’s true or not, it’s now becoming established narrative and life has a nasty way of imitating media. If it didn’t, the papers wouldn’t bother with half their bulls*it. Instead of reporting news, too many outlets are determined to shape it.

As for Arsenal, they have many problems, some of which could be solved with different players.

Mostly though, if Mikel Arteta wants to fix things immediately, this is what he needs to do.