Catalin Cirjan is now part of Arsenal’s first-team squad, according to the player’s agent, though it might not be quite that straightforward. 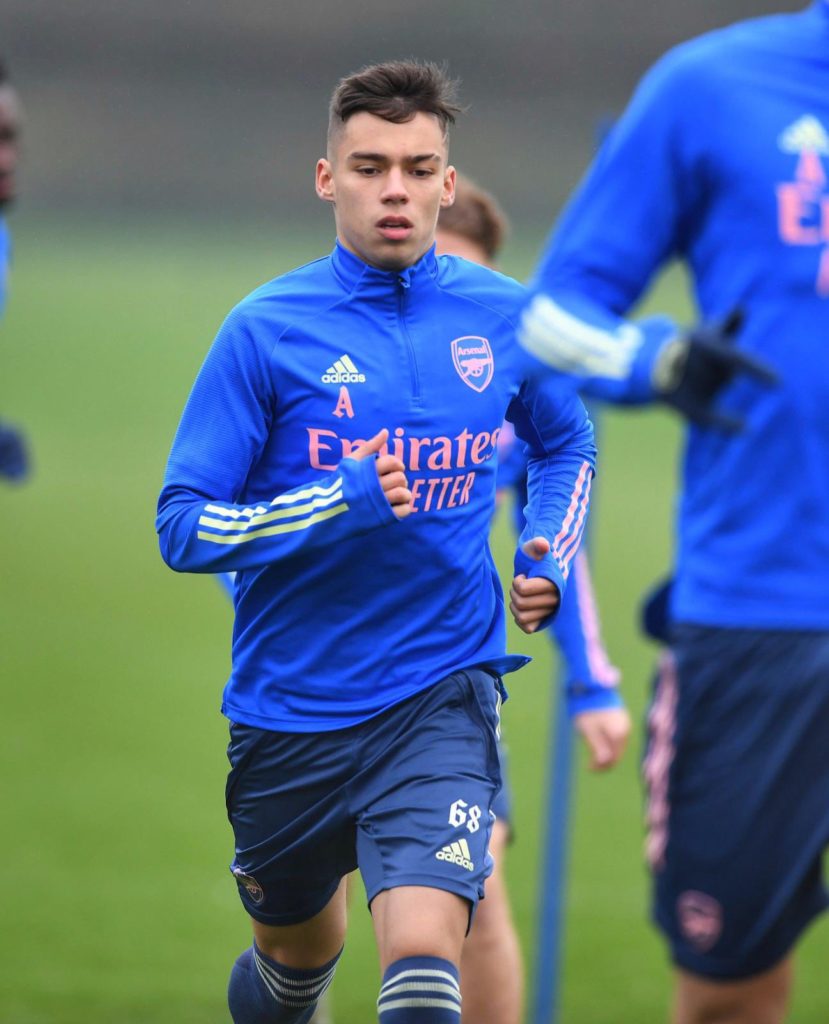 The agent added on Instagram: “From today, [Cirjan] will train daily only for the seniors, confidently waiting for his debut in the Premier League.”

There’s no doubt that the 18-year-old is a big prospect and in excellent form. Cirjan has two goals and two assists in his last five starts, despite only stepping up to the Arsenal u23s this season.

The midfielder, who can also play on the right, regularly travels away with Romania for youth internationals, and he surely would’ve made it into one of the recent Europa League squads if he’d been eligible.

Unfortunately, as he’s been at the club for less than two years – joining in the summer of 2019 – he’s not allowed on Arsenal’s u21 list for the Europa League, and there’s no space in the main squad.

However, I have to express some doubts about the story. For a start, Jeorge Bird of Arsenal Youth points out that Cirjan is still wearing an ‘A’ for ‘Academy’ on his training top. Players also usually don’t receive a promotion before making their debut.

One possibility is that Cirjan has been told he’ll train with the first team over the next few weeks, whilst the u23s are on their winter break. That’s still a big step, but less of a formal promotion.

Even if it’s all true, and Cirjan has been officially promoted to solely training with the first team from now on, don’t expect to see him in every matchday squad. We know Arsenal are overstocked on players right now, so he’ll have to wait for a chance.