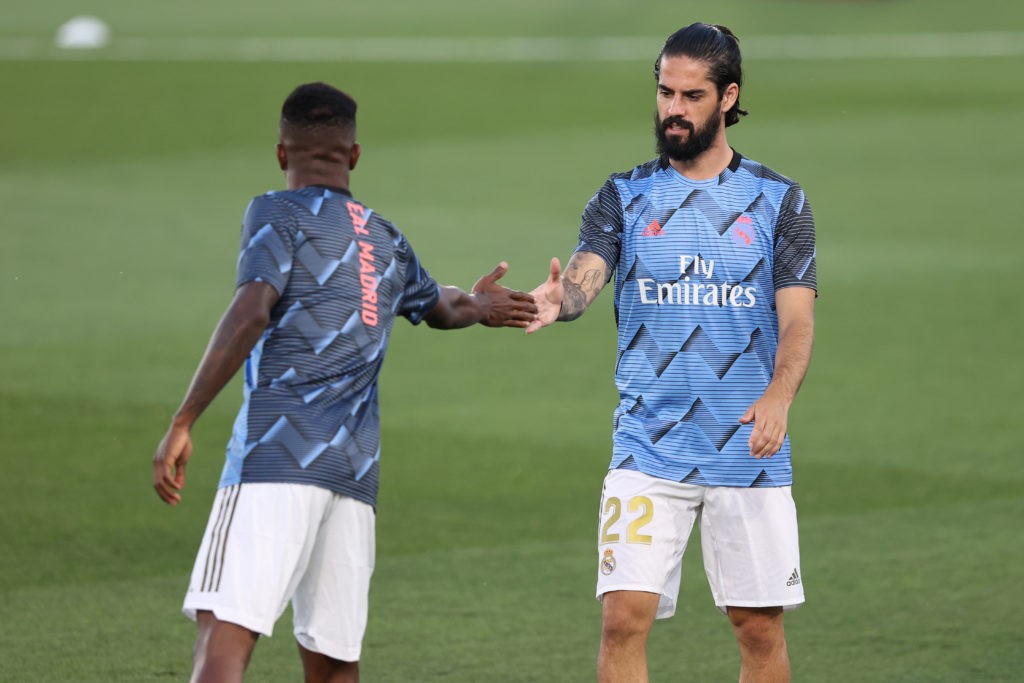 Mikel Arteta’s interest in a loan deal for Isco in January is fading with Emile Smith Rowe’s emergence, according to a report.

AS claim Emile Smith Rowe’s recent form is having an impact on Arsenal’s potential pursuit of Isco. Recent reports suggested Arsenal might look at a loan deal for the Real Madrid midfielder, but that’s now less likely to be the case.

Smith Rowe has one goal and four assists in 374 minutes for the first team this season, one goal contribution every 75 minutes. Arsenal have won all three of the Premier League matches he’s started, scoring eight goals in those games.

AS claim Arteta’s interest in Isco is fading as a result. Sevilla are also pushing harder to sign the player, with Isco himself preferring to remain in Spain.

Personally, I’d love to see Smith Rowe getting a proper run in the Arsenal team. The only worry is who comes in for him when he needs a rest. Right now, Joe Willock is basically the only option, and he’s not really a number 10.

Smith Rowe’s injury record means Arsenal absolutely can’t go into the final months of the campaign without an alternative. But the only internal solution is a divisive decision to reintegrate Mesut Özil for six months.

Otherwise, Arteta needs to look for a long-term solution on the transfer market. If that’s not Isco, then don’t sign him, but relying on Smith Rowe alone would be ill-advised.