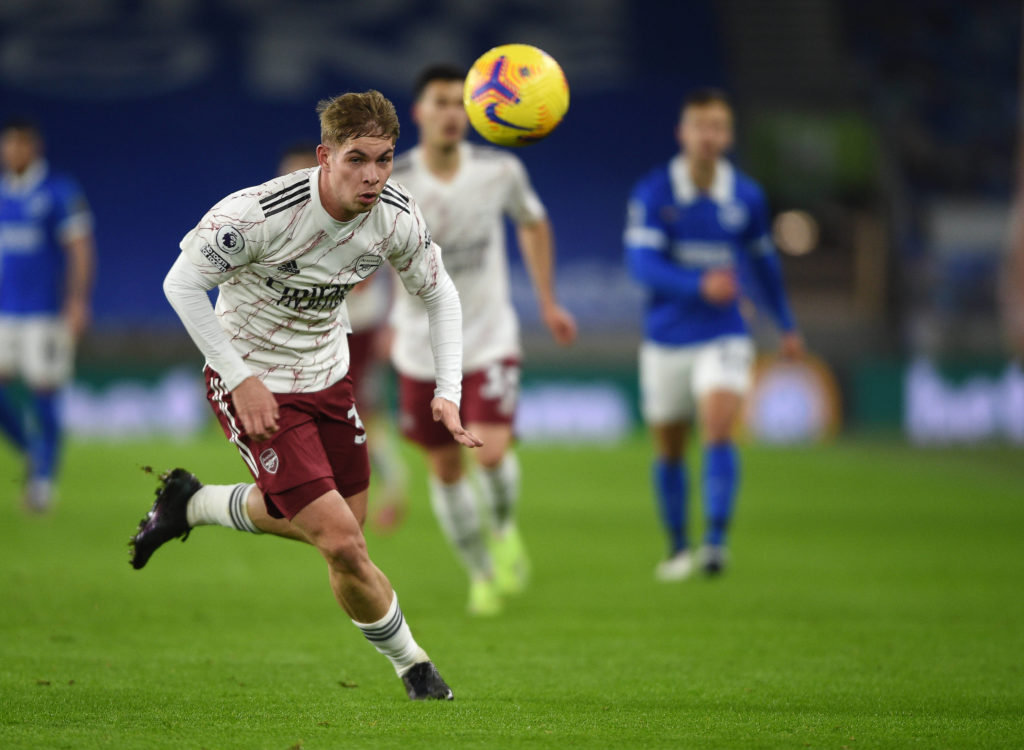 Mikel Arteta says Emile Smith Rowe is a player he really likes, and the youngster was only missing out before due to his injury problems.

Along with Bukayo Saka and Gabriel Martinelli, Emile Smith Rowe has been one of the shining lights of Arsenal’s recent consecutive Premier League victories. In a way, that’s surprising, given they were only the second and third PL starts of his entire career.

For many Arsenal fans, however, the real mystery is why the 20-year-old didn’t get a chance sooner. With the team performing so poorly and needing someone of Smith Rowe’s skillset, it still took a long time for him to make it into the lineup.

Mikel Arteta explains that this was due to ongoing injury problems keeping him away from the first-team squad.

“He works really hard for the team and he had a really bad injury this year and hasn’t really trained with us at all,” Arteta said. “For the last two weeks he has been much more involved and you can see what he can bring to the team.

“I am delighted to have a young player with his talent and in that position. It was something that we needed.”

When it comes to ability, Arteta doesn’t seem to have any doubts, claiming to be a long-term admirer of the midfielder.

“He is a player that I really liked since the first day I watched him,” Arteta added. “Just the way he moves, how intelligent he is with the positions he takes and his work rate – don’t underestimate that.”

It’s all about staying fit and continuing to earn chances now. It’s pretty difficult to doubt Smith Rowe’s talent when you see him out there on the pitch consistently.