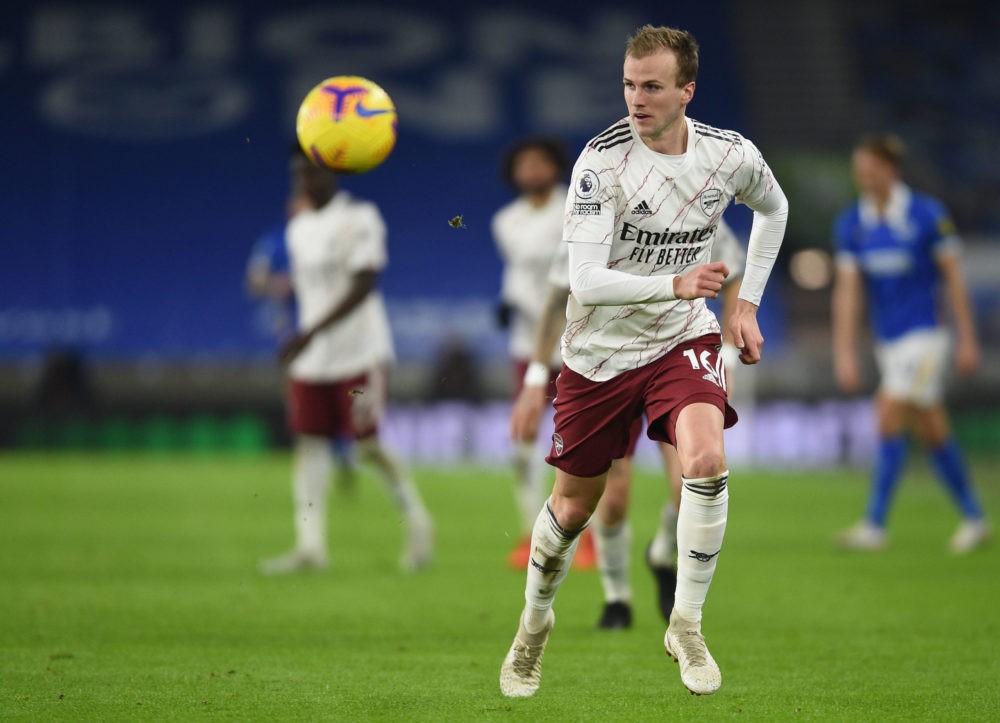 Rob Holding is reportedly close to a new deal with Arsenal according to a report in The Telegraph [£].

At one point, it looked like the man signed for pennies from Bolton would not have a future at Arsenal and the club reportedly tried to sell him on more than one occasion.

Mikel Arteta’s arrival, however, prompted a change in his fortunes and it seems as if he is set for a new deal.

The Telegraph write, “Rob Holding is close to agreeing a new long-term contract at Arsenal and ending other Premier League clubs’ hopes of taking him on loan this month.

“Newcastle were interested in taking Holding on loan in the summer but the former Bolton Wanderers centre-back was needed for cover in Arteta’s squad and he started the first six games of the season.

“Steve Bruce is still in the market for short-term deals this month but Holding is likely to remain at the Emirates Stadium rather than leave. Other top-flight clubs have been looking at centre-backs and Holding would have been one of the most sought-after loan deals this month.”

Back in September, Mikel Arteta revealed that Holding had been thinking about leaving Arsenal himself but the Spaniard told him he wasn’t going anywhere.

Originally, the plan was for Holding to join up with Newcastle after the Community Shield. However, Arteta decided against it, choosing to keep the centre-back around for the season.

“I said to him ‘change your mind because you’re not going anywhere’,” Arteta said. “Rob is another who stands for every value we want at the football club.

“He had a really difficult time but he trained and why would I have to let him go? He’s already playing, what more do you want?”

His current deal expires in 2023 and, with another couple of years added to it, there will be another few million added to his value.

Holding has started nine of the last 10 Premier League games and 12 of Arsenal’s 16, missing two with a hamstring injury (Man City (a), Leicester (h)).