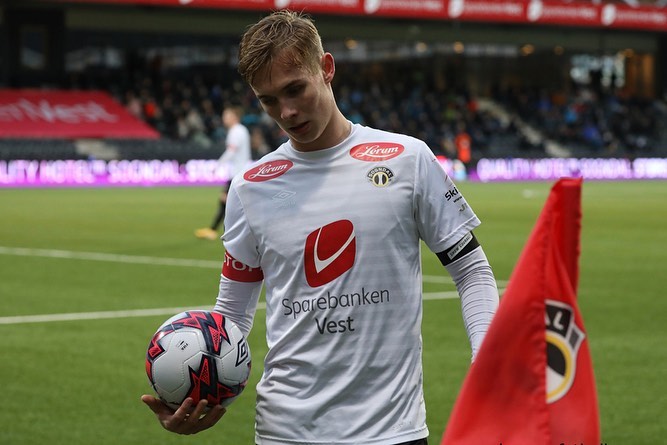 Arsenal are among the clubs to make a move for Norweigan teenager Sivert Mannsverk, according to reports in Italy.

La Lazio Simao Noi report that Arsenal, Aston Villa, and Brighton have all moved for 18-year-old midfielder Sivert Mannsverk, who currently plays his football in the Norweigan second division with Sogndal IL. Lazio, Bologna, and Ajax are also interested.

Mannsverk recently concluded his 2020 campaign with Sogndal, where he made 29 appearances as the club captain, scoring four goals and assisting a further four.

The teenager is reportedly available for €2m, not a particularly significant figure for a club like Arsenal.

Arsenal do have quite a few options in midfield at youth level right now. There’s Emile Smith Rowe making his recent breakthrough under Mikel Arteta, Miguel Azeez and Ben Cottrell earning their first-team debuts, and plenty of others behind them.

Catalin Cirjan, for example, might well have made it into the Europa League squads if he hadn’t been ineligible due to only recently joining the club. Charlie Patino and Omari Hutchinson are in the next wave of midfield talents.

So Arsenal don’t really have any great need for Mannsverk. It’s just a case of whether they’re sufficiently convinced of his quality, despite his inexperience at the top levels in Europe. If they are, you wouldn’t put it past them to bring him in anyway.