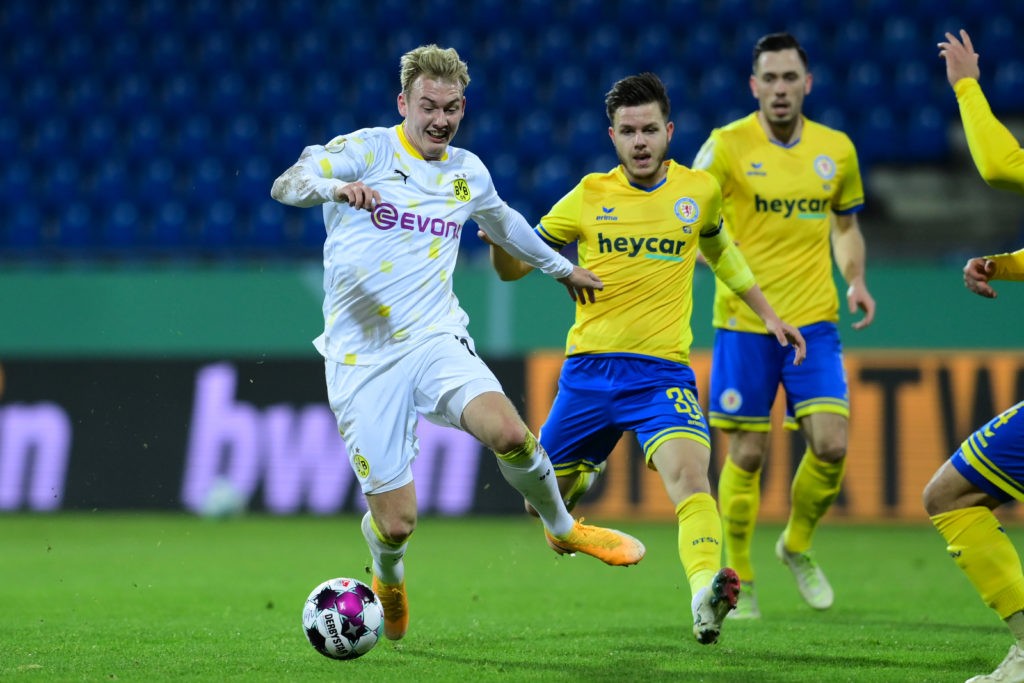 Julian Brandt is a realistic option for Arsenal in the January transfer window, and he may be available for as little as €25m, according to a report.

Football.London report that Julian Brandt is a realistic alternative to the likes of Emi Buendia in the current transfer window. Arsenal are sounding out the possibility of a permanent deal, with Dortmund wanting €25m. The player himself is willing to make the move.

Sky Sports claim Brandt would actually cost €57m, a hugely inflated figure by comparison. Chris Wheatley responded that Dortmund were briefing the media with that figure to try and increase the price.

Dortmund sporting director Michael Zorc initially distanced the club from reports of a Brandt exit, saying: “No one has contacted us, there is nothing on the table – and not even in the fax machine. That’s all I can say.”

However, after Brandt was an unused substitute for the first time this season on Sunday, Zorc seemed less sure of himself.

“My years of activity have taught me that I don’t rule anything out at the beginning of a transfer period,” he said.

Christian Falk – speaking on German TV – previously claimed a January transfer is considered too short-term for all parties. Falk expects negotiations to pick up speed in the summer instead.

However, David Ornstein wrote for The Athletic that Arsenal ‘have considered’ a January move for the German 24-year-old.

Brandt is still a regular for Dortmund, making 22 appearances this season, though he’s only started 10 of those games. He’s a strong passer and dribbler from central midfield.