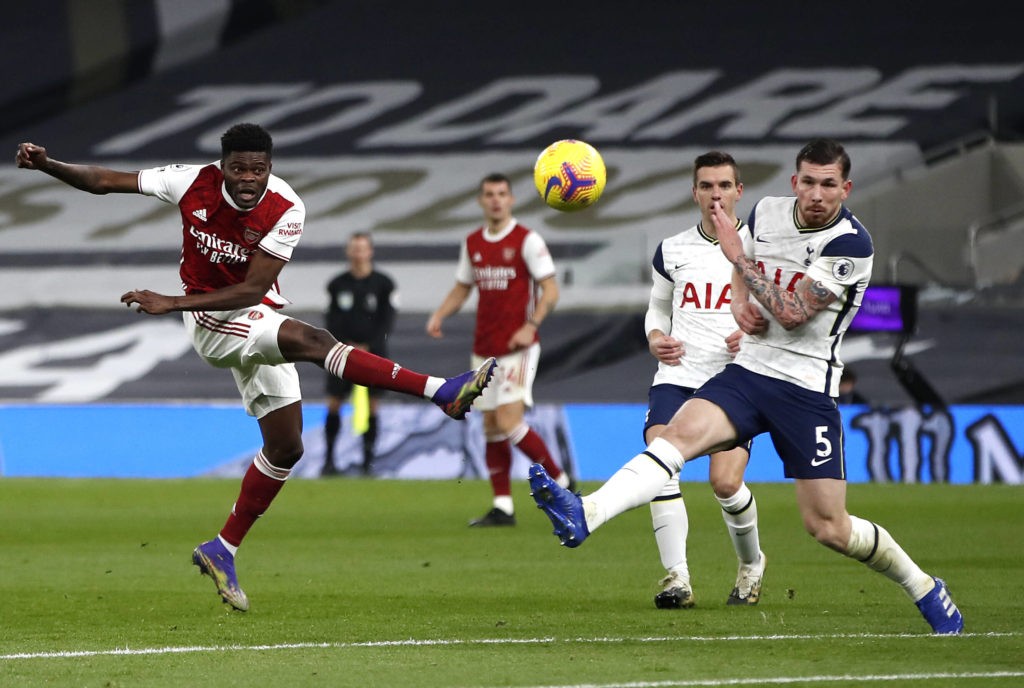 Thomas Partey is back in training with Arsenal again, though the club are being understandably cautious with him this time around.

After missing four weeks of football in November, Thomas Partey immediately reinjured himself on his return in the North London derby last month. Another four weeks on, the 27-year-old is once again closing in on a comeback.

Partey has rejoined training with the Arsenal first-team squad, but he won’t be in the travelling party for Saturday’s match against West Bromwich Albion. The club medical staff don’t want another injury to set him back again.

Instead, Chris Wheatley reports that the Newcastle United match on January 9th is a realistic return date for the midfielder. It would also be a first opportunity for him to get a taste of English cup competition.

In his limited appearances so far, Partey has already won over many of the Arsenal fans. His absence is felt particularly keenly at the moment, with the team finally finding a functional system that would seem to suit him perfectly.

Whilst Arsenal have managed to grind out a couple of wins over Chelsea and Brighton, you’d think they could be even more effective with Partey playing the role currently filled by Mohamed Elneny – who hasn’t hugely impressed in those matches.

We’ll have to wait at least one more week, but at least we finally have a timeframe for Partey’s full recovery.