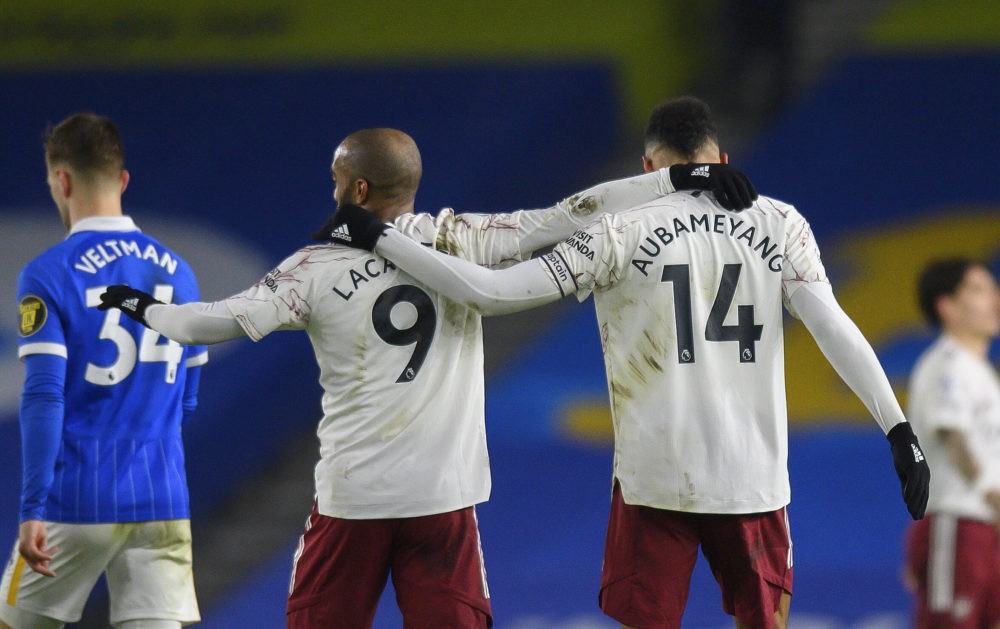 Speaking to RMC, Arsenal’s leading goalscorer pointed to Mikel Arteta’s switch to 3-4-3 as the reason the team have been able to start winning games as the bottom of the table came flying up at them fast.

“The coach puts me as a No 9, but more with a role to play for my team-mates and challenge a lot. It is not really a 10’s position, nor an old-fashioned No 9 that has to stay ahead and score goals,” Lacazette said.

“He knows my qualities and knows that I like to play short and help my team-mates with the development of play.

“Now we’re four behind and three midfielders. It’s much easier, because before we lacked attacking players. This tactical change is also good for us.”

Speaking about scoring after 21 seconds against Brighton to win the game for Arsenal, Lacazette, who started that game on the bench after tweaking his back against Chelsea, added, “I was a little surprised, but it’s true that everything went quickly.

“When the team lost confidence, it was also my case. I had few situations in match, only one per game. I had to make it happen, and that’s what I didn’t do.

“In the game, it was not exceptional either. Since then, we have regained confidence, me too with the matches of Europa League who helped me.”

Lacazette has scored nine goals for Arsenal this season, three ahead of Eddie Nketiah.