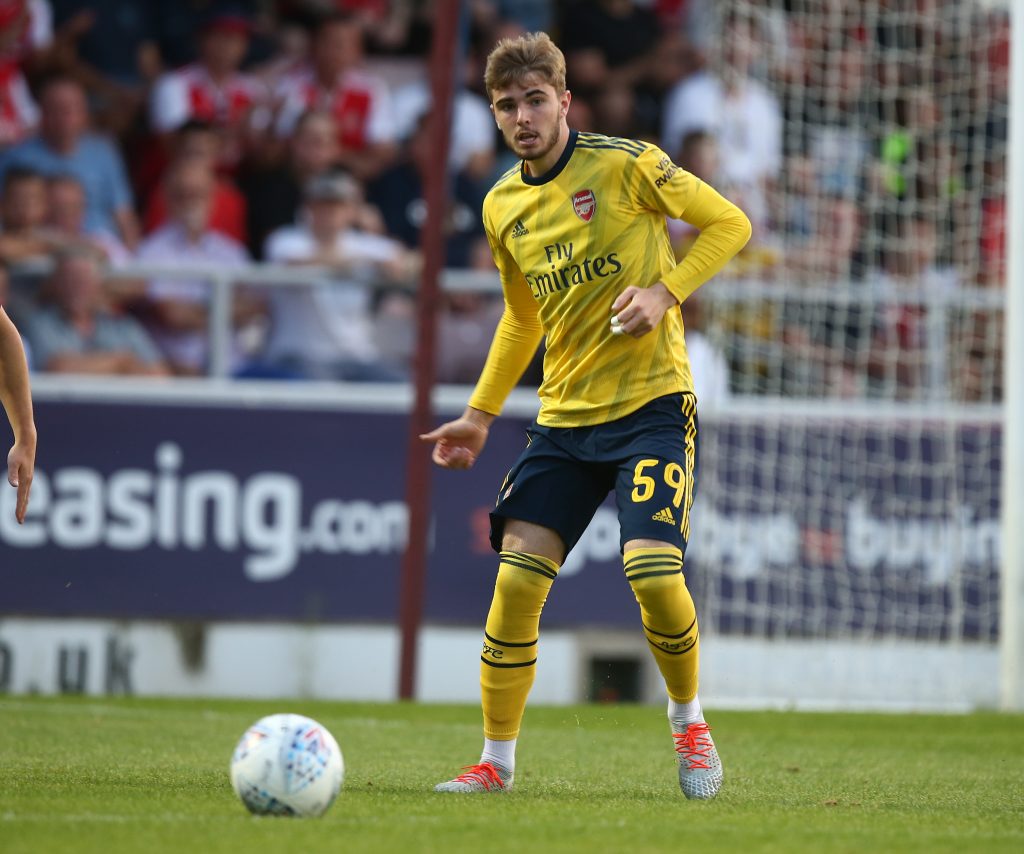 NORTHAMPTON, ENGLAND: Zak Swanson of Arsenal U21 in action during the Leasing.com Trophy match between Northampton Town and Arsenal U21 at PTS Academy Stadium on August 27, 2019. (Photo by Pete Norton/Getty Images)

Zak Swanson underwent surgery on a seemingly serious injury on Wednesday, posting that there’s a long road to recovery ahead of him.

Posting on his Instagram story on Wednesday, Zak Swanson confirmed that he’d undergone surgery on an injury. He wrote: “Surgery went well today, on the road to recovery already, a long process but another new challenge ahead!”

It’s good to hear that the surgery was successful, but a blow to see the u23 right-back out of action for the long-term.

Swanson went on loan to MVV Maastricht in the Netherlands this summer, but his spell there didn’t go to plan. After an initial period of isolation due to Covid, Swanson grew homesick and struggled to get regular game-time.

As a result, Arsenal made the decision to recall him early. Unfortunately, any hopes of a second loan are now seemingly gone, with Swanson focusing on rehabilitation for the second half of the campaign.

Jeorge Bird recently reported that Arsenal are looking to tie the defender to a new contract lasting all the way to 2024.

He’s clearly not out of their long-term plans, he’s just had a setback in his development. We wish him all the best with bouncing back.