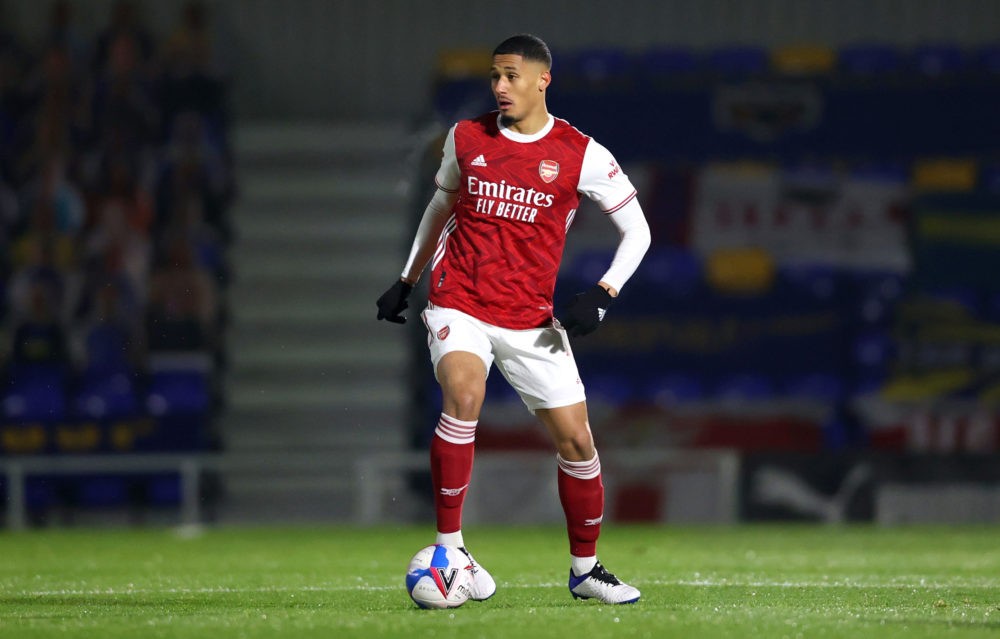 WIMBLEDON, ENGLAND: William Saliba of Arsenal in action during the Papa John’s Trophy Second Round match between AFC Wimbledon and Arsenal U21 at Plough Lane on December 08, 2020. (Photo by James Chance/Getty Images)

William Saliba underwent a medical on Monday ahead of a move to Nice for the remainder of the season which has now been completed.

Early on Monday morning, Nice Martin reported that William Saliba would join OGC Nice on loan for the rest of the season with Arsenal keen to give him game time, just not in an Arsenal shirt.

The news will no doubt come as a disappointment to his former side Saint-Etienne, who had hoped to re-sign him on loan.

It was reported a couple of days ago that a decision on Saliba’s future was expected ‘soon’ and it seems like this is it despite both player and club seemingly wanting different things.

Arsenal had wanted the defender to play in England but he favoured a move back to Saint-Etienne.

In the end, it looks like neither are getting what they want, but at least Saliba will get to play.

Arsenal confirmed the news as the UK were glued to their TVs watching Boris Johnson’s latest u-turn.

“William Saliba has joined French Ligue 1 side Nice on loan for the remainder of the season, the statement said”

“The move is designed to give the 19-year-old French youth international defender the chance for more competitive playing time.

Edu added: “William Saliba is a player with a huge amount of talent and potential. We’re confident he will have a great career with us but we must remember that he is still only 19 years old and has a lot of time ahead of him.

“William experienced a very challenging time last year, with his playing time limited by injury and the early ending of the Ligue 1 season due to the pandemic.

“So together with William, we have decided that spending the rest of the season on loan with Nice is the best way for him to develop. We will be keeping in close contact with William during his time with Nice and look forward to seeing him make good progress until the end of the season.”

There is no option to buy in the loan agreement and Nice will pay no loan fee but they will reportedly pay all of the defender’s wages.