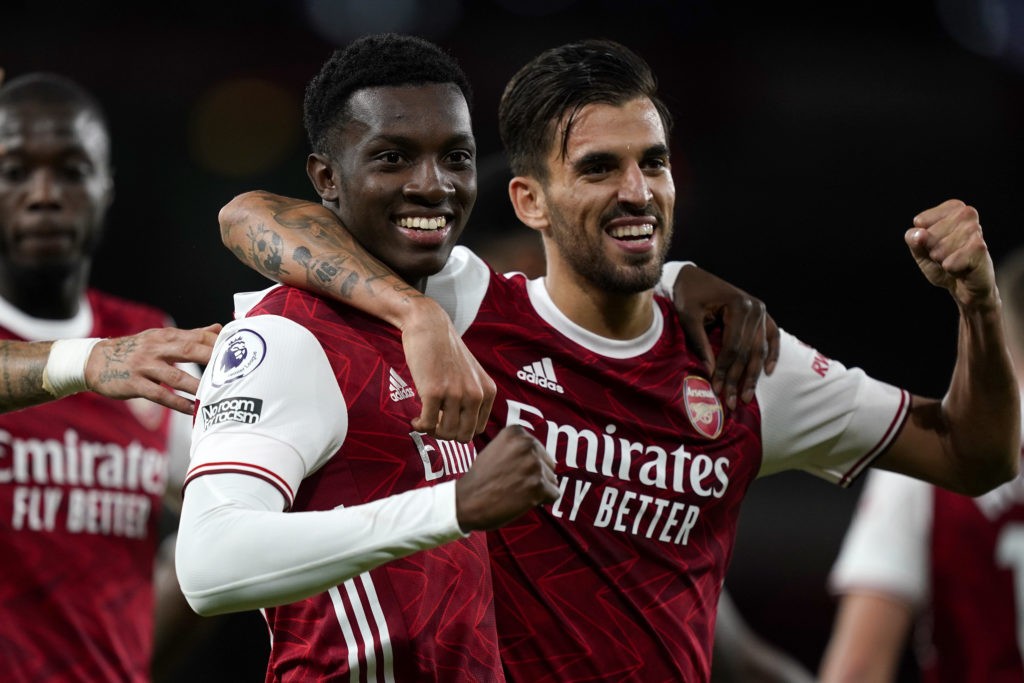 Arsenal have no intention of selling Eddie Nketiah to West Ham United in the January transfer window, according to Fabrizio Romano.

Fabrizio Romano reports that Arsenal don’t have any intention of selling Eddie Nketiah in the January transfer window. West Ham United are looking for a replacement for Sebastien Haller but Arsenal expect to keep Nketiah this month.

For the fifth game in a row, the 21-year-old didn’t play a single minute on Saturday. Though Nketiah’s made the squad for all five matches, Alexandre Lacazette’s rediscovered form has kept the youngster out of the team recently.

The Evening Standard reported earlier this week that West Ham United were tracking Eddie Nketiah ahead of a possible January move. However, they also had other options on their shortlist like Bournemouth’s Joshua King and Reims’ Boulaye Dia.

It seems Arsenal and Mikel Arteta still have plans for Nketiah despite his recent absence, so West Ham may well decide to move on to those other targets instead.