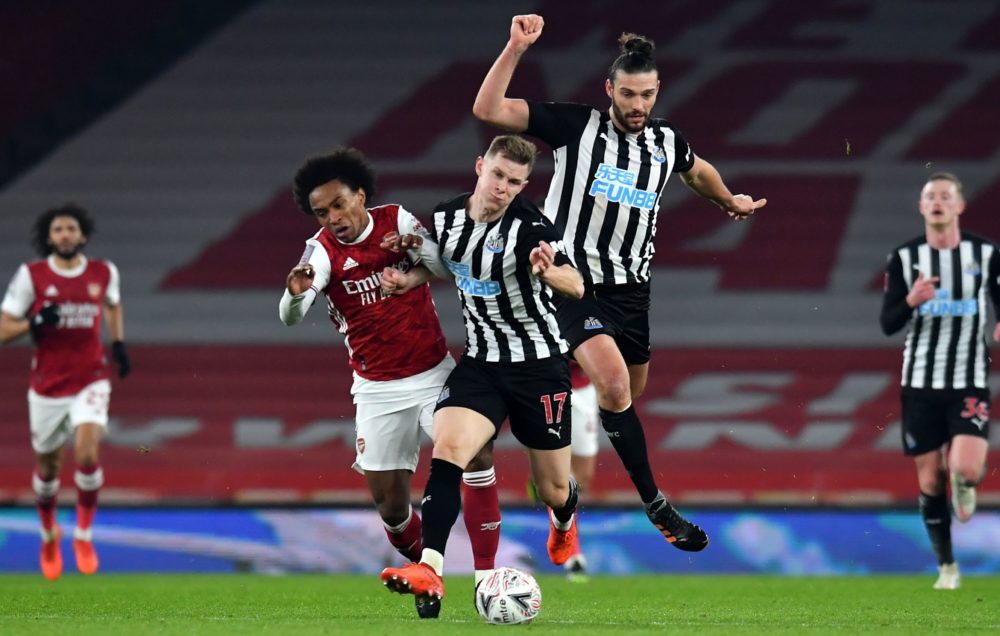 Mikel Arteta has said that he will keep persisting with Willian despite the Brazilian enduring the wrath of Arsenal fans with his performances.

It seems there isn’t much Willian can do wrong in the eyes of Mikel Arteta, so much so that it was an indication of just how badly the Brazilian was playing against Newcastle on Saturday that he was actually taken off.

Willian flew to Dubai on ‘urgent business’ that was obviously nothing of the sort and faced no punishment, unlike others.

In short, there seems to be something very weird with Willian given that Nicolas Pepe need only to look the wrong way to find himself benched.

Fans had been hopeful we could see a period without Willian in the side, especially as Arsenal were back to being awful with him in the starting lineup and much better when he came off.

Admittedly Emile Smith Rowe had more to do with that, but it’s hard not to feel there is a connection between the football Arsenal play and Willian’s status as a starter.

Alas, Arteta will not be giving Willian a break.

“I think he was improving and improving,” Arteta said when asked about Willian’s form after the game. “The other day, he came on really well against West Brom. He’s been out as well because he was ill, so he’s missed almost two weeks of training and football.

“Today was the first time that he started the game. He had some good moments and he had some other moments that he needed more help sometimes, and some decisions weren’t the best.

“But we’re going to keep trying with him.

“He shows in training how much he wants it, he had some highlights in the game and it’s about keeping the confidence in him.

“We know the player he is.

“I think when the team is winning it’s easier [to keep confidence up] because there is more time to do that process. He needs to build the relationship with some players.

“Today he played in a slightly different position as well.

Somebody really should tell Arteta that Willian is a 32-year-old Premier League veteran, not a 17-year-old kid taking his first professional steps.