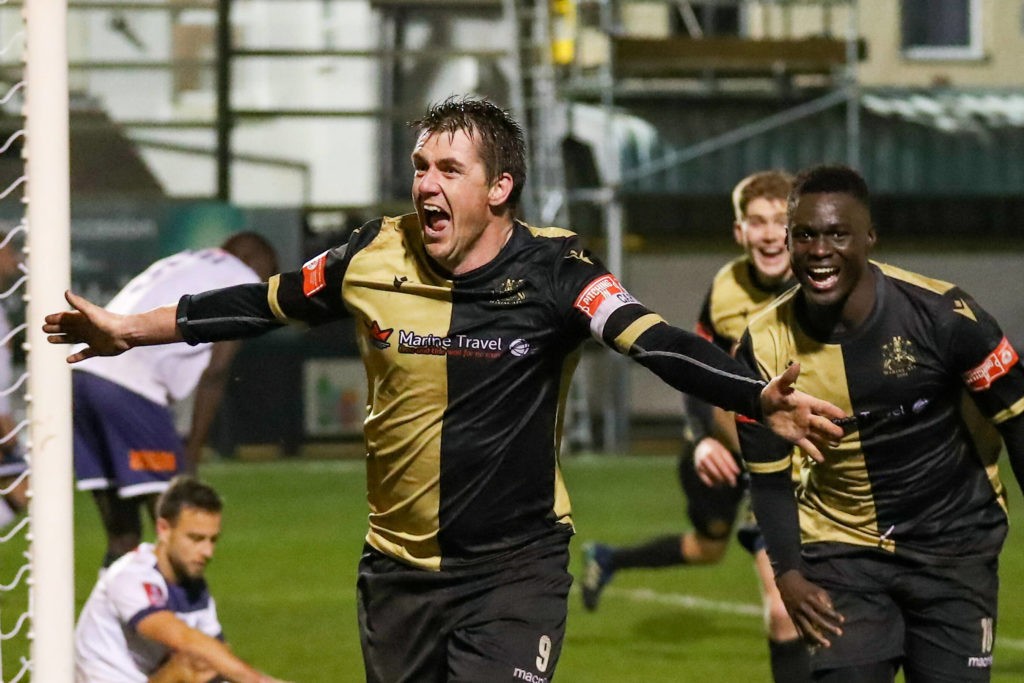 When non-league side Marine take on Tottenham Hotspur in the FA Cup on Sunday, their club captain will have extra motivation to get a result.

Marine sit in the eighth tier of English football, but this weekend they’ll take on Premier League club Tottenham Hotspur in a fairly historic cup tie. They’re only the second team from the eighth tier to get this far, winning seven ties just to make it here.

For club captain and schoolteacher Niall Cummins, there’s also the small matter of being an Arsenal fan and getting to take on his club’s local rivals.

“I’m an Arsenal fan because when I was younger, like most dads do, you teach your kids to support who you want to support, and he was a big Pat Jennings fan,” Cummins said.

“I am named after Niall Quinn! When Arsenal wasn’t drawn out of the hat, the next best thing was Tottenham so we could get one over on them. There is a lot of history for myself.”

Cummins scored the only goal of the previous round’s victory over Havant & Waterlooville FC. He netted in the 120th minute with a bizarre finish off his back to spark wild celebrations.

The forward is Marine’s top scorer this season with nine goals, but he’s had particular success in the cup competitions, scoring seven of those in the Emirates FA Cup and the FA Trophy from 11 appearances.

Another goal at the Marine Travel Arena against Premier League opposition on Sunday would surely mark the highlight of Cummins’ career.