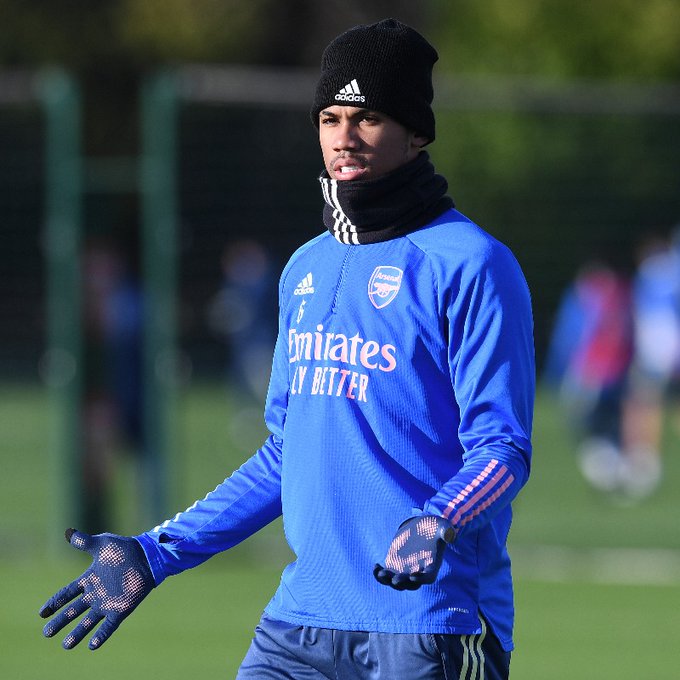 Gabriel Magalhaes in training with Arsenal (Photo via Arsenal on Twitter)

Arsenal have provided updates on Gabriel Magalhaes and Thomas Partey ahead of their FA Cup clash against Newcastle United on Saturday.

Arsenal summer signings Gabriel Magalhaes and Thomas Partey have both been out of action recently, for different reasons.

In Gabriel’s case, he tested positive for Covid and had to isolate. However, the club report that he’s now feeling well and showing no signs of illness. Once he completes the necessary protocols and medical checks, he can return to full training.

The wording of the update suggests Gabriel isn’t back in full training just yet, only two days before the Newcastle game. As a result, we don’t expect him to start the match but won’t rule it out entirely.

As for Partey, he’s back in full training with the squad after his thigh injury. He’s been out of action for a month, and Arsenal are being cautious with him after his last injury comeback.

The club write that Partey “will be assessed regarding his availability ahead of Saturday’s match”. The midfielder certainly looks the more likely of the two to make a comeback this weekend.

Mikel Arteta added in his press conference: “[Partey has] been training really good. He’s comfortable. He’s in a good space, a good mood and you can see the player he is when he’s training.”

It would be a big boost to the team to have Partey available again for this weekend and beyond. Arsenal are getting closer to having their full squad available, which they’ll need to get results on all three remaining fronts in the coming months.